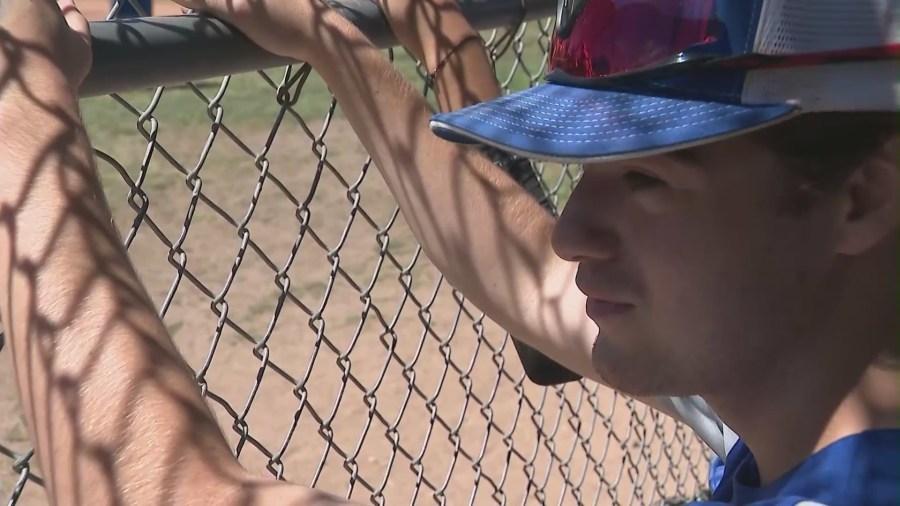 On the field, Josiah Olivieri never gives up.

The 16-year-old from Rancho Cucamonga plays baseball every chance he gets.

“It feels good to swing a bat again. It’s been a while,” Olivieri said.

By “a while,” Olivieri — also known as Jo-Jo — means nine months.

That’s how long it has been since Olivieri fell ill and collapsed on the field during a tournament. He was rushed to the hospital and later airlifted to UCLA.

“He was in complete heart failure. His body couldn’t sustain itself, even breathing anymore. He was intubated and put on life support,” said his mother, Jami Olivieri.

“The most horrible thing that I could imagine, that I would not wish on anybody,” added Jo-Jo’s father, Jim Olivieri.

Olivieri was diagnosed with cardiomyopathy, and he needed a new heart.

After “over a thousand people lifting Josiah up in prayer,” the family got “a miracle from God,” Jami said.

“Three days after he was put on life support, he got a heart. We got a match,” she explained.

The transplant was successful, and after months of rehab, Olivieri played ball again on Saturday.

“I’m super proud that he didn’t give up. There were a lot of hard days … We thank God every day that he’s doing well, and every day progressing and getting better,” Jim said.

Jo-Jo said he’s grateful to those who supported him and his family through such a difficult time.

“Thank you so much. I love them all. I appreciate them being there and helping me through it all,” he said.