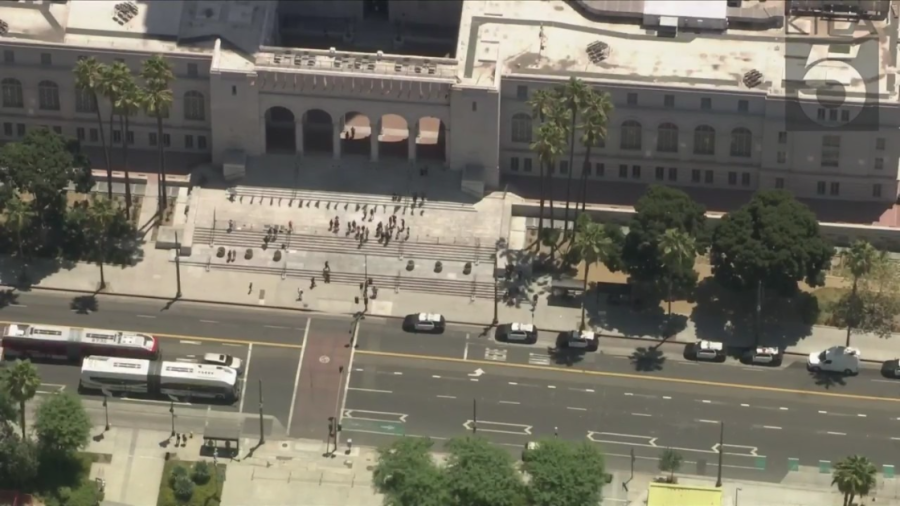 The council ended up voting 11 to 3 to prohibit encampments near schools and daycare centers. Another vote will take place next week.

Protesters carrying signs could be seen outside City Hall Tuesday, and eventually made their way inside the chamber.

They called the new restrictions inhumane.

The vote was to expand the existing anti-camping measure; homeless people would be prohibited from sitting, sleeping, lying and sorting property within 500 feet of every public and private school in the city, the Los Angeles Times reported. Previously, the ordinance only applied to a specific locations selected by the City Council nearly a year ago.