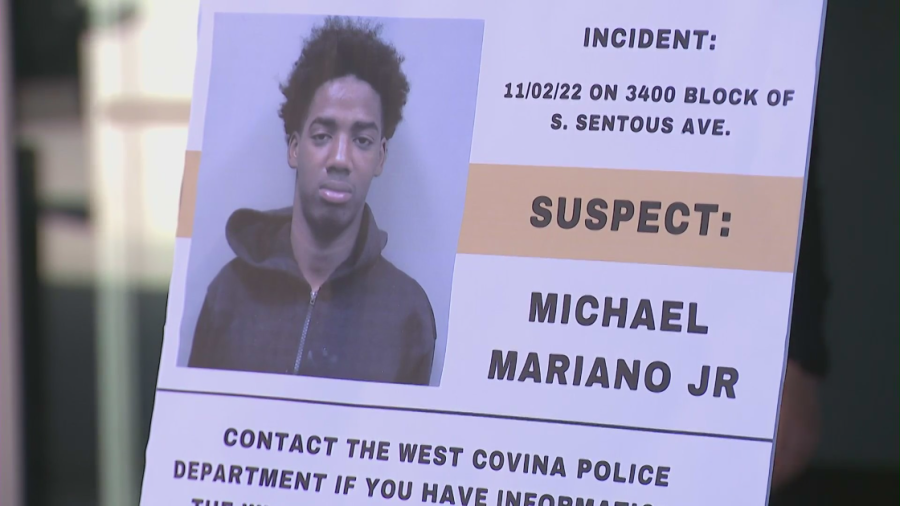 Police on Friday released new video of a shooting that left two brothers dead earlier this month as the search for the suspect, their cousin, continues.

One of the victims was pronounced dead at the scene. The second victim was taken to a hospital, where he also died.

The video shows the suspect, Michael Mariano Jr., open fire in a car port before running away.

A fourth person described as a victim is also seen in the video.

Investigators do not know what led up to the shooting, but are asking for the public’s help to find Mariano.

“It certainly appears like it was an ambush, and premeditated,” West Covina police Lt. Travis Tibbetts said.

Mariano lives at the complex where the shooting occurred, but is also known to the San Bernardino and Riverside areas, investigators said.

He is being described as being armed and dangerous.

Anyone with additional information about the shooting or the suspect is asked to call the West Covina Police Department at 626-939-8688.