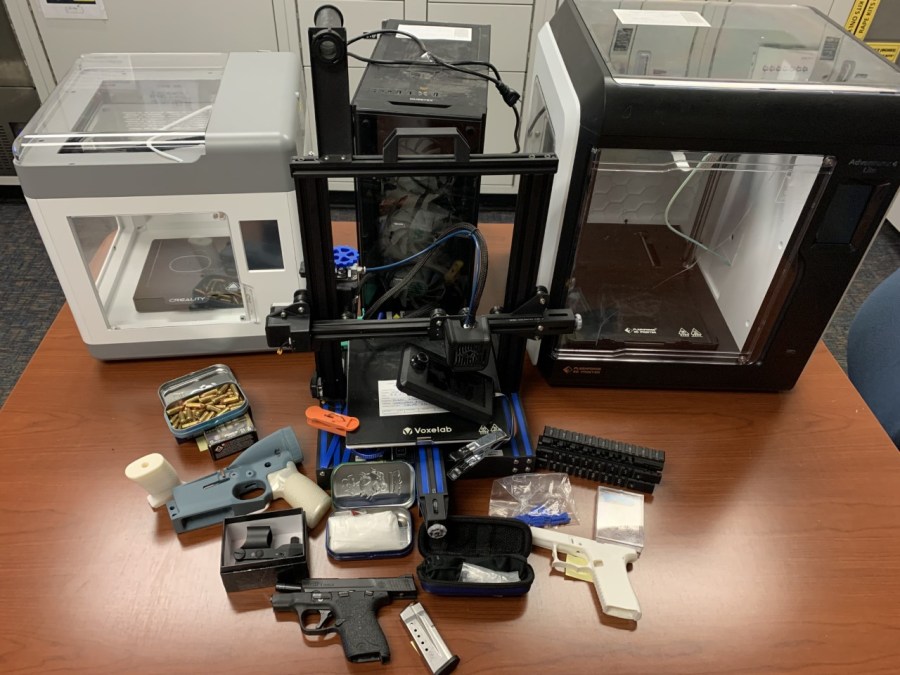 A Simi Valley man has been arrested for allegedly manufacturing and distributing machine guns and gun parts made with 3D printers inside his home.

On Sept. 9, authorities served a search warrant at the home of Andrew Duran, 35, in the 1500 Block of Rory Lane.

Inside, detectives located “multiple 3D printed firearms, firearm components which were intended to turn semi-automatic handguns into fully automatic machine guns and an amount of methamphetamine which was possessed for the purposes of sales,” the Ventura County Sheriff’s Office said in a news release Friday.

Authorities say the guns were being distributed throughout the county. A handgun stolen from a home in Thousand Oaks was also seized.

Duran has a criminal history that prohibits him from owning or possessing firearms, officials said.