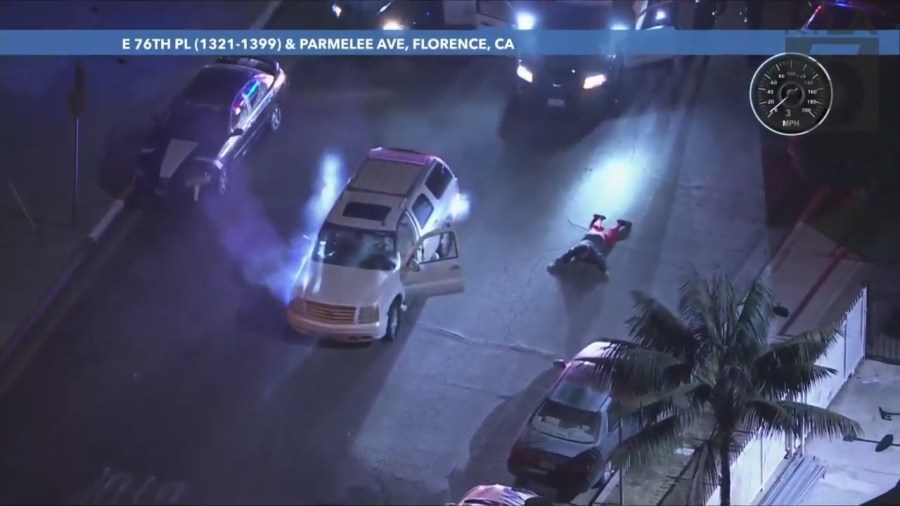 According to the Los Angeles Police Department, the driver was wanted on suspicion of reckless driving under the influence.

The white SUV drove through residential streets, blowing through intersections at speeds near 50 mph with no headlights on.

At one point, the vehicle nearly struck a pedestrian attempted to cross at a crosswalk.

The vehicle approached 90 mph on straight streets in the Florence area with LAPD keeping a healthy distance between the vehicle.

Eventually the vehicle ran over a set of spike strips deployed by police on the ground.

The vehicle eventually stopped near the intersection of 76th Place and Parmelee Avenue in Florence-Firestone.

The driver of the vehicle exited and surrendered to law enforcement without incident.