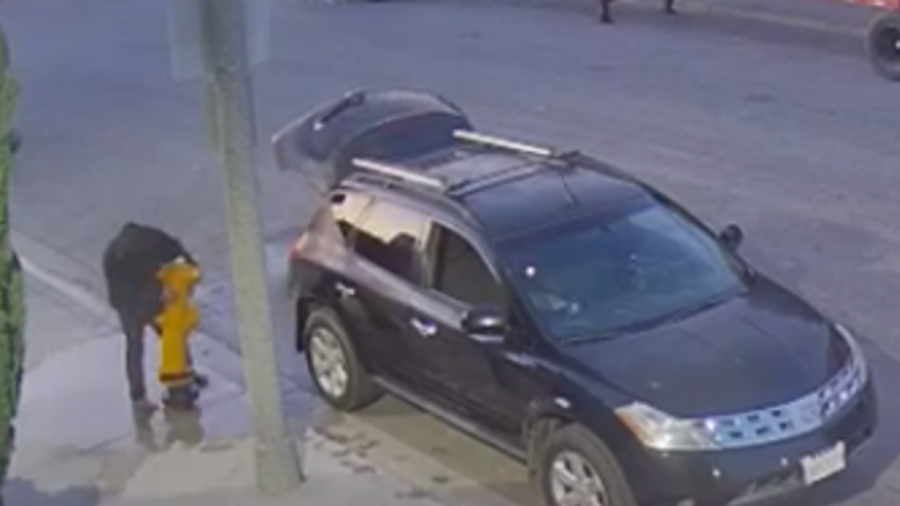 Authorities with the Long Beach Police Department on Thursday announced the arrest of five people suspected of stealing fire hydrants throughout the city.

Patrol officers responding to reports of a suspicious person in the 1400 block of Gaylord Street on Jan. 11 spotted one of the vehicles matching the detective’s description.

The suspect, who police say was responsible for several of the hydrant thefts, was arrested.

Officers working near 17th Street and Cedar Avenue on the same day discovered the second vehicle associated with the investigation and arrested two people for a separate set of hydrant heists.

Following the arrests of those two suspects, detectives identified two more people involved in the thefts, who were taken into custody on Jan. 12.

The five suspects were identified as:

34-year-old Jorge Miranda from the City of Paramount, booked for grand theft and knowingly receiving stolen property. His bail was set at $20,000

35-year-old Damian Anthony Haynes of Hawthorne, booked for grand theft and receiving stolen property. His bail was at $20,000

37-year-old Darian Dove from Los Angeles, booked for knowingly receiving stolen property, entering a posted property and possession of unlawful paraphernalia. His bail was set at $20,000

42-year-old Marissa Hernandez from Los Angeles, booked for receiving stolen property, possession of unlawful paraphernalia and two counts of loitering. Her bail was set at $20,000

Authorities say the investigation is ongoing.