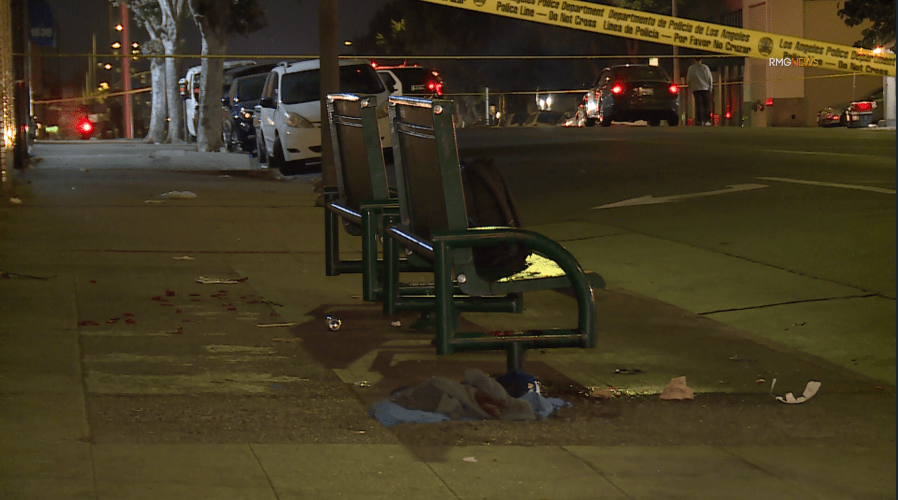 A man died early Saturday morning after he was shot at point blank range while sitting at a bus stop in the Westlake neighborhood of Los Angeles.

The Los Angeles Police Department responded to the bus stop at the intersection of West 8th Street and South Union Avenue around midnight.

There they found a man believed to be between 25 and 30 years old who was slumped over on the bus bench.

The man was alive but gravely wounded by a gunshot wound to the face. He was immediately transported to the hospital by ambulance where he was later pronounced dead.

The man’s identity has not yet been released.

No suspect information has been released by police, but witnesses on the scene told a video journalist from RMG News that the shooter may have been a woman. The suspect was apparently last seen walking west on 8th Street.

The motive for the shooting is unclear at this time. Police are also working to determine if the victim was homeless.

Police have obtained video from the scene and are withholding that video as evidence. Anyone with additional information should contact the Los Angeles Police Department Homicide unit at 213-486-6890.