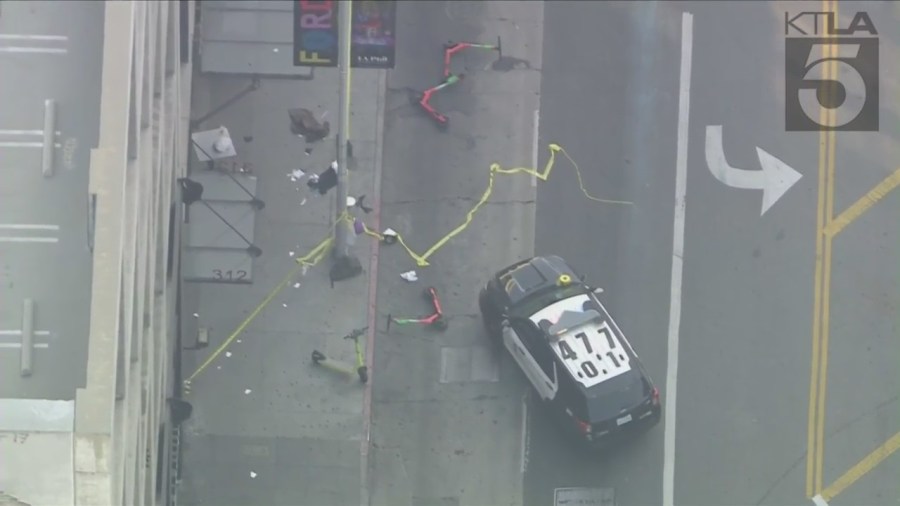 The Los Angeles Police Department is investigating after a man was fatally shot in downtown L.A. Saturday afternoon.

Police responded to the area of 3rd and Hill streets near Grand Central Market just before 4 p.m. for a report of a man who was shot.

A spokesperson for the LAPD told KTLA that the suspect in the shooting was a man, but no further details were available.

Video shared on the Citizen app showed the streets blocked off with crime tape and a heavy police presence.

At about 7 p.m., LAPD Officer Rosario Cervantes confirmed that the victim, a Hispanic man, died at the hospital.

While the shooting did not take place inside Grand Central Market, the food court issued a statement on the killing.

“Our market tenants and guests are all safe. While the incident did not take place within Grand Central Market, we will be tightening security and proactively working with proper authorities to further assess the situation … We are devastated to have something occur so close to our door,” the statement read.