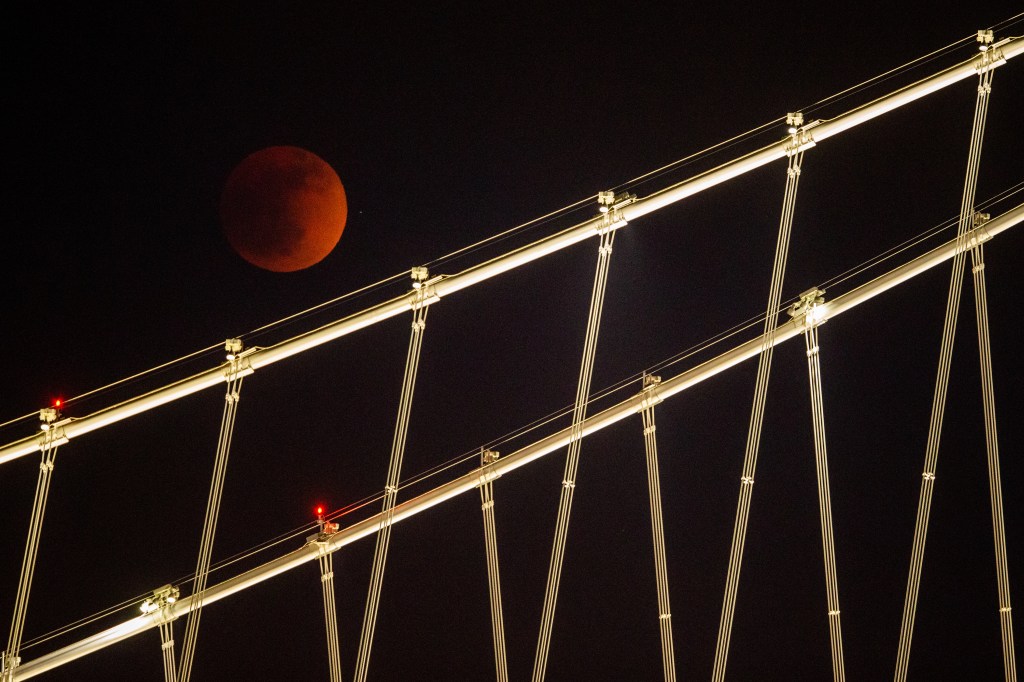 A total lunar eclipse — an event where the Earth casts its shadow on the moon — graced the skies over the West Coast on Sunday in the hours immediately following sunset, causing the moon to turn a haunting shade of red for an hour and a half.

The Chabot Space & Science Center hosted a watch party as people arrived with lawn chairs to moon gaze from their observation deck and also get free telescope views.

“If you can find a spot where you can see the moon as its rising near the horizon, you should have a pretty good view,” said Gerald McKeegan, an astronomer at the Chabot Space & Science Center in Oakland. “And of course, as it gets higher in the sky, and the sky gets darker, it’ll get even better.

The next such eclipse is expected to happen late on Nov. 7 and early on Nov. 8, when a total lunar eclipse will grace the skies over Asia, Australia, the Pacific Ocean and North and South America.

The West Coast should have a particularly prime opportunity to view that event, with the entire lunar eclipse expected to appear in view over California, Oregon, Washington, Nevada and Idaho, according to NASA.

Click here if you’re unable to view the photos on your mobile device.