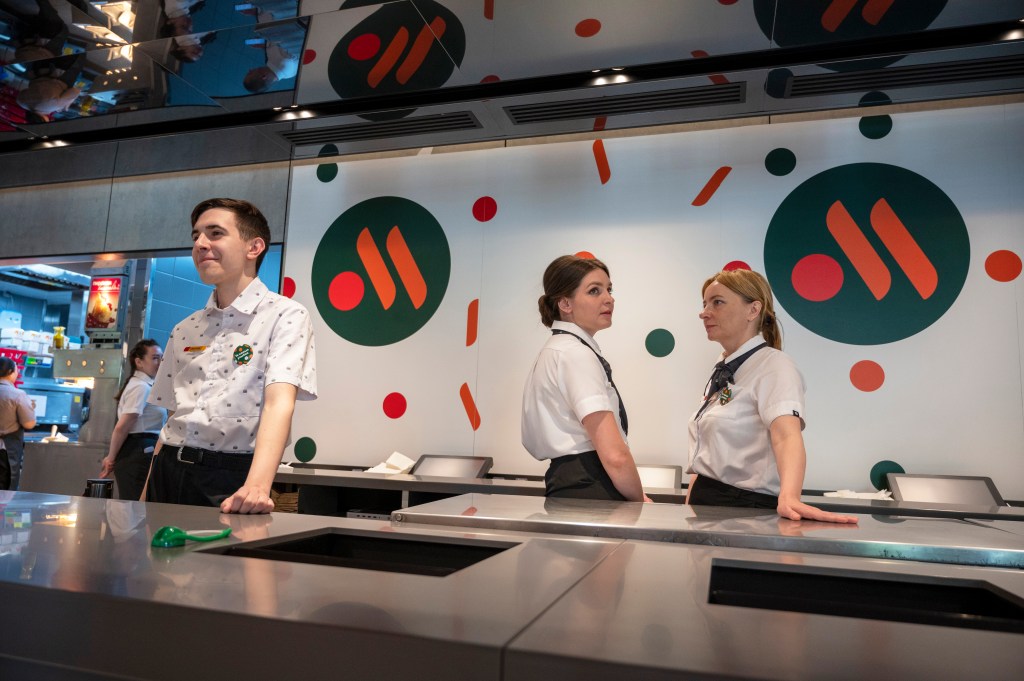 Three months after McDonald’s suspended operations in Russia due to their invasion of Ukraine, hundreds of people streamed into its famous former outlet on Moscow’s Pushkin Square as the restaurant reopened Sunday under a Russian owner and a new name.

In March, McDonald’s halted operations of its company-run restaurants in Russia. Although some run by franchisees stayed open, the action by the multinational fast-food chain was among the most visible responses by foreign companies to Russia sending troops into Ukraine.

Two months later, McDonald’s decided to leave Russia altogether and sold its 850 restaurants to Alexander Govor, who held licenses for 25 franchises in Siberia.

The sign reads ‘The Name Changes, Love Remains’. The first of former McDonald’s restaurants is reopened with new branding in Moscow. The corporation sold its branches in Russia to one of its local licensees after Russia sent tens of thousands of troops into Ukraine.

The logo is different, but still evokes the golden arches: a circle and two yellow oblongs — representing a beef patty and french fries — configured into a stylized M.

Fifteen of the former McDonald’s were set to reopen in Moscow on Sunday. Oleg Paroev, the chain’s general director, said he aims to have 200 open by the end of the month.

Click here if you’re unable to view the photos on your mobile device.