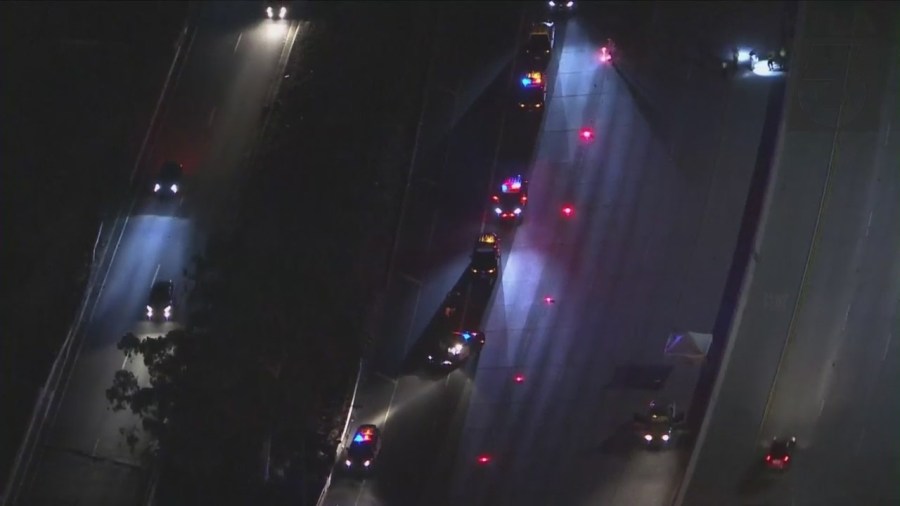 A person is dead after they were struck by a vehicle driven by a Los Angeles Police Department officer in North Hollywood Tuesday night, officials said.

The collision was reported at about 10:30 p.m. on the northbound 170 Freeway near Victory Boulevard, said Officer Cruz of the LAPD.

Cruz confirmed that a pedestrian was struck by a vehicle, and Officer Kimball of the California Highway Patrol confirmed that the person was fatally struck.

No information has been released about the identity of the person who was killed or what led up to the crash.

Aerial footage from Sky5 showed an extensive line of cars being forced to exit the freeway as authorities investigated the collision.