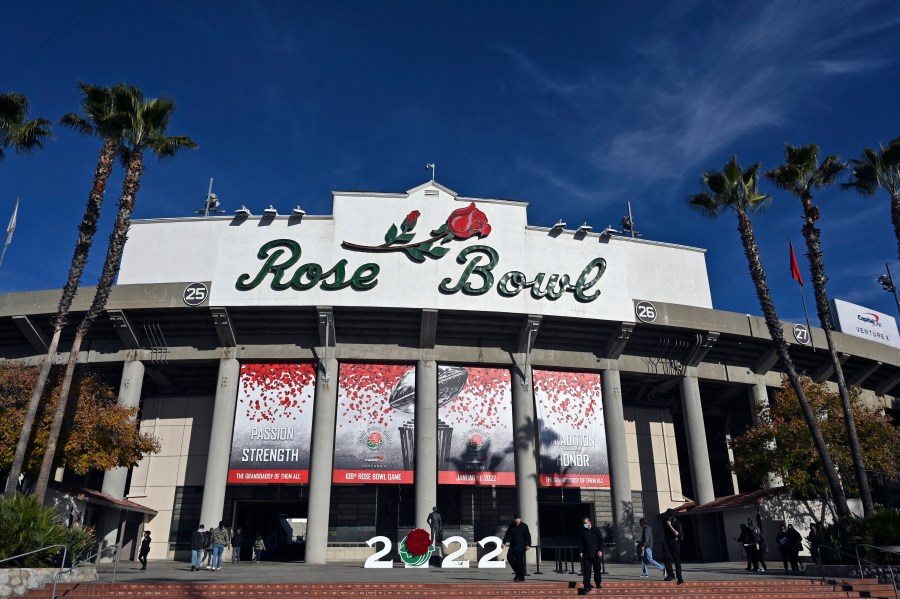 Penn State and Utah will face off against one another during the Rose Bowl in Pasadena on Jan. 2.

The Pac-12 champion Utes, fresh off an upset win over USC, will take on the Nittany Lions who will be representing the Big Ten.

Penn State was chosen to replace Big Ten champs Michigan, who were selected to partake in the College Football Playoffs. Michigan will take on the Texas Christian University Horned Frogs. Fellow Big Ten school Ohio State was also chosen for the playoff and will meet the No. 1 seed Georgia Bulldogs.

Utah is making its second consecutive appearance in the Rose Bowl, having lost a shootout against the Ohio State Buckeyes on New Year’s Day.

Penn State last played in the Rose Bowl in 2017 — a loss against the USC Trojans.

The Associated Press contributed to this reporting.