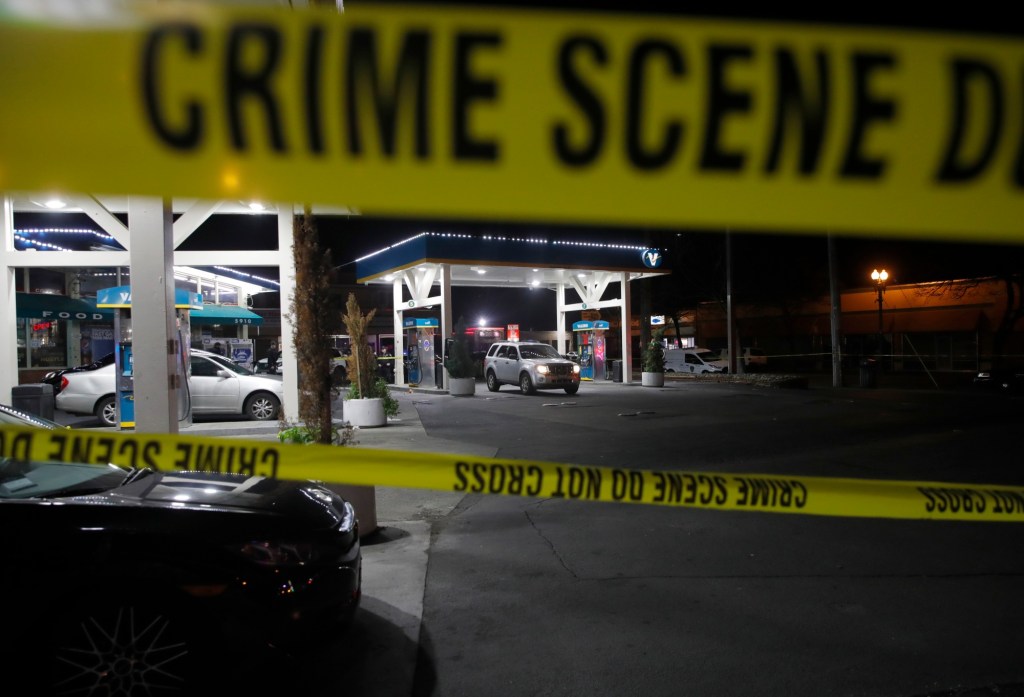 OAKLAND — A man was killed and seven others were injured Monday after a shooting near an East Oakland gas station, authorities said. Police evidence markers stretched for a block.

Officers responded to reports of a possible shooting after learning of a ShotSpotter activation near the 5900 block of MacArthur Boulevard in the city’s Seminary neighborhood shortly before 6:10 p.m.

When police arrived at the Valero station at Seminary Avenue and MacArthur Boulevard, they found no victims at the initial scene, but soon received reports of multiple people obtaining their own transportation to hospitals for treatment.

The killing is the sixth homicide investigated by Oakland police this year.

Other officers responded to the scene, blocking off traffic and recovering surveillance-camera footage and spent shell casings. Police did not share any descriptions of associated suspects or vehicles in the incident.

Police had investigated nine homicides within the city at this same point in 2022.