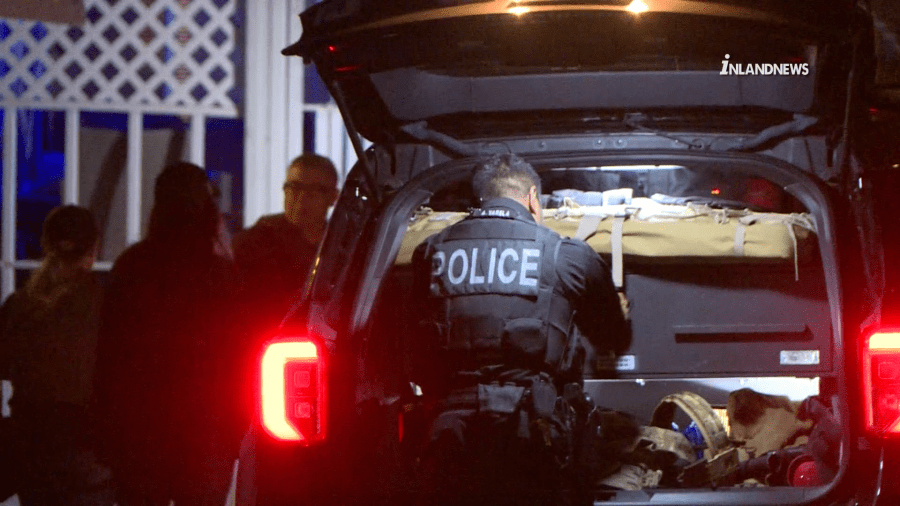 Law enforcement on Sunday night swarmed the Hemet home of 72-year-old Huu Can Tran, the man authorities believe to be responsible for shooting and killing 10 people and wounding 10 others Saturday night in Monterey Park.

Authorities also said Tran tried but failed to target another dance hall later in the evening.

Ten people, five women, and five men were pronounced dead at the scene, Los Angeles County Sheriff Robert Luna said at a news conference. The wounded were taken to hospitals with conditions ranging from stable to critical.

Tran was later discovered dead from a self-inflicted gunshot wound inside his van in Torrance.

Pat Roth, a neighbor in the senior community, said Tran had lived there for about a year.

“Tran was just a nice guy. I mean, I’d see him riding his little, small motorcycle in and out, once in a while in his van,” Roth told Inland News. “He’d stop to pet your dog, and everybody around here just thought he was just some quiet, little guy. The people I’ve talked to are just stunned that he was involved in this. Pretty much lived alone, and I guess he taught dance or something, ballroom dance.”

At an earlier press conference Sunday, Sheriff Luna said there are no more outstanding suspects, although the investigation remains active as detectives work to determine a motive for the killings.