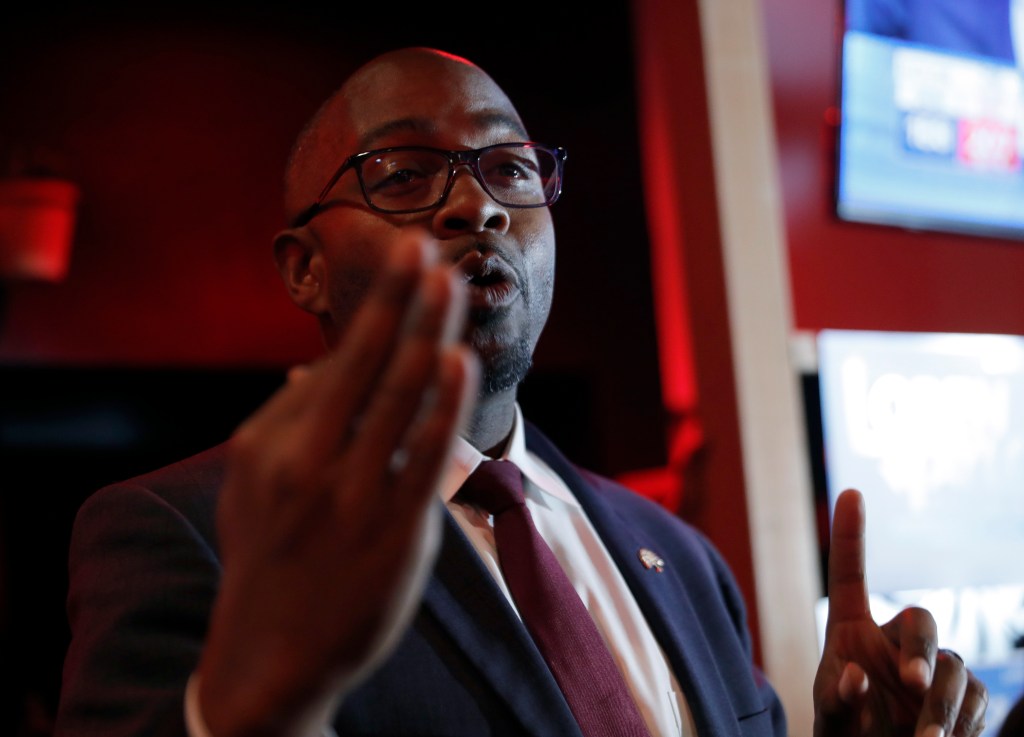 OAKLAND — Loren Taylor maintained a small lead over Sheng Thao for the city’s top political office after 15,531 more ballots were added Monday afternoon, although a large number of votes have yet to be counted.

However, in the race for Oakland mayor, Thao showed some progress — narrowing Taylor’s lead in ranked choice results to a 52% to 48% margin.

The latest results raised to over 62,000 the number of counted ballots. It’s unclear how many ballots are left to be counted, but 126,000 vote by mail ballots were returned by Oakland voters, according to the Alameda County registrar’s website.

What could new leadership mean for the A’s?

The stakes are high for whoever is elected between Taylor and Thao to somewhat stabilize the city’s perilous homelessness problem and alarming levels of crime over the next four years.

Perhaps more urgently, especially in the opening months of 2023, the next mayor will be expected to anchor the city through strained negotiations with the A’s over a waterfront ballpark and luxury housing development at the West Oakland harbor.

The proposed Howard Terminal development — which outgoing Mayor Libby Schaaf had hoped to have signed, sealed and approved by now — has moved slowly in recent months, prompting the commissioner of Major League Baseball to suggest the team’s days in Oakland are numbered.

If the A’s do leave, it wouldn’t just be a hammer blow for local baseball fans or those who want the city to retain its last professional sports franchise. It will leave a blot of the Schaaf’s mayoral legacy, since she openly championed the development as a boon for the city’s economy and housing supply.

City council members, including Taylor, have expressed skepticism about the A’s true motives in pursuing the construction of a state-of-the-art waterfront ballpark and 3,000 new homes on the idle harbor land.

Although the development would be privately funded, the city would be expected to create a new tax district that could generate as much as $850 million for the construction of affordable housing, new roads and transportation improvements along the shoreline.

City officials will soon look into using $259 million in available state funds to defray those infrastructure costs. But local shipping and trucking companies have strongly opposed giving away port real estate to a sports franchise. They have filed lawsuits against the city, alleging it improperly approved the team’s environmental review of the project.

The A’s lease at the Coliseum in East Oakland is set to expire in 2024 — when team officials have threatened to leave, likely to Las Vegas, if the city doesn’t meet its demands before then.

Taylor has expressed little patience for these ultimatums, saying he would rather the city inspire competition among the A’s and other prospective developers than kowtow to the team’s whims.

“Ultimately, we can’t we can’t control whether (the A’s) are really posturing to have an excuse to go to Las Vegas,” Taylor said earlier this year in an interview.

Dave Kaval, the A’s president, has been keenly aware of the election’s possible implications. In interviews this year, he has repeatedly warned that if Schaaf’s successor is hostile — or, at least, far less welcoming — it could expedite the team’s departure.

Schaaf, who endorsed Taylor in this year’s mayoral election, hasn’t wavered in her optimism that the team will stick around, even when the chips appeared down last month after MLB Commissioner Rob Manfred said it “doesn’t look like” the A’s will stay and offered to waive the team’s relocation fee.

“I spoke with (Manfred) today and assured him that I remain absolutely confident our deal in Oakland will get done next year even with new leadership in place,” Schaaf said in a statement at the time.

On Monday, a spokesman for Schaaf reiterated her confidence that a deal will be completed next year.