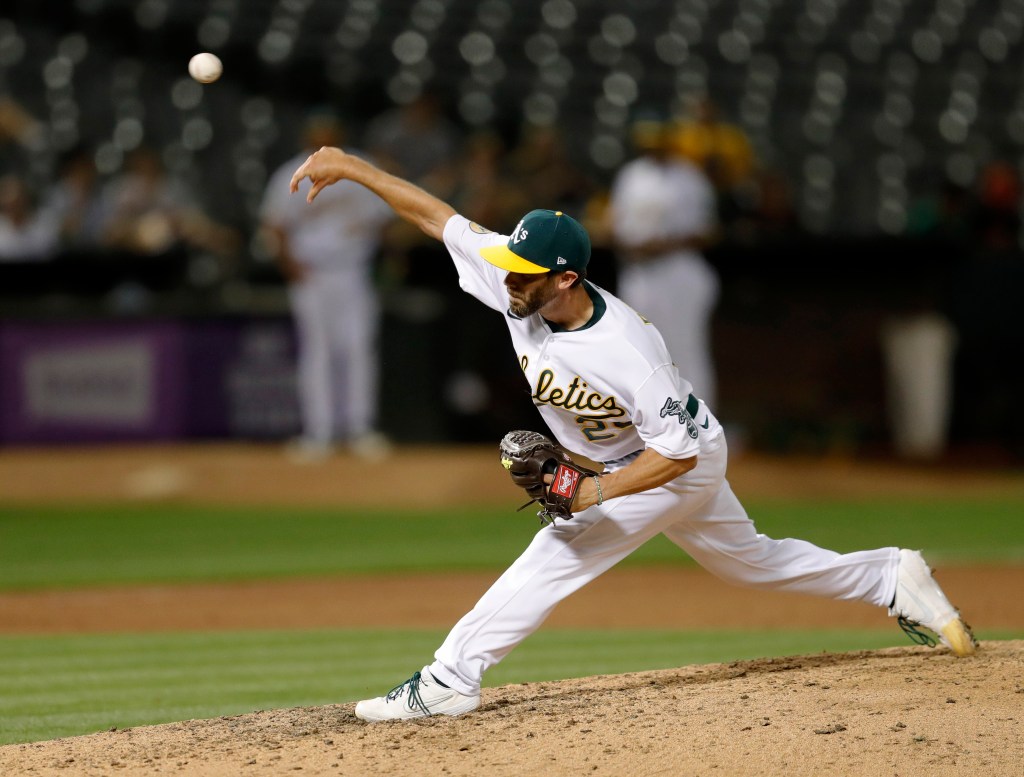 A disastrous June continued Tuesday night for the A’s, as they lost 8-2 to the Mariners after Seattle broke open the game with a five-run seventh inning that featured three home runs on four pitches.

A’s reliever Austin Pruitt gave up back-to-back-to-back home runs to Julio Rodríguez, Jesse Winker and Eugenio Súarez to turn a 2-0 game into a 7-0 deficit for Oakland (23-46). After giving up three earned runs in 11 innings this season prior to Tuesday, Pruitt allowed four while recording just one out in the seventh against the Mariners (30-39).

The A’s are now 3-14 this month and have only won eight of 34 games at home this season.

Starting pitcher James Kaprielian (0-5) pitched 5 ⅓ innings, struck out seven and allowed two earned runs, a solo shot to Taylor Trammell in the first inning and a one-run single to Winker in the sixth inning.

The A’s only runs of the game came courtesy of Nick Allen, who was called up from Triple-A Las Vegas pregame and hit his first MLB home run – a two-run shot to left field – in the bottom of the seventh to cut the A’s deficit to 7-2.

Oakland’s offense did manage to get on base against Mariners starter Marco Gonzales (4-7), as the A’s had seven hits but left nine runners stranded.