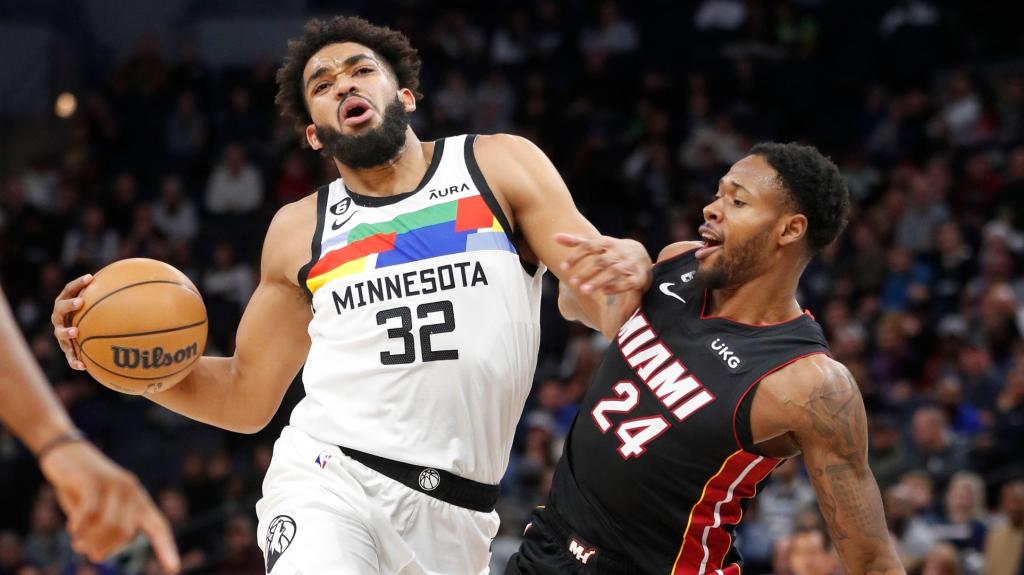 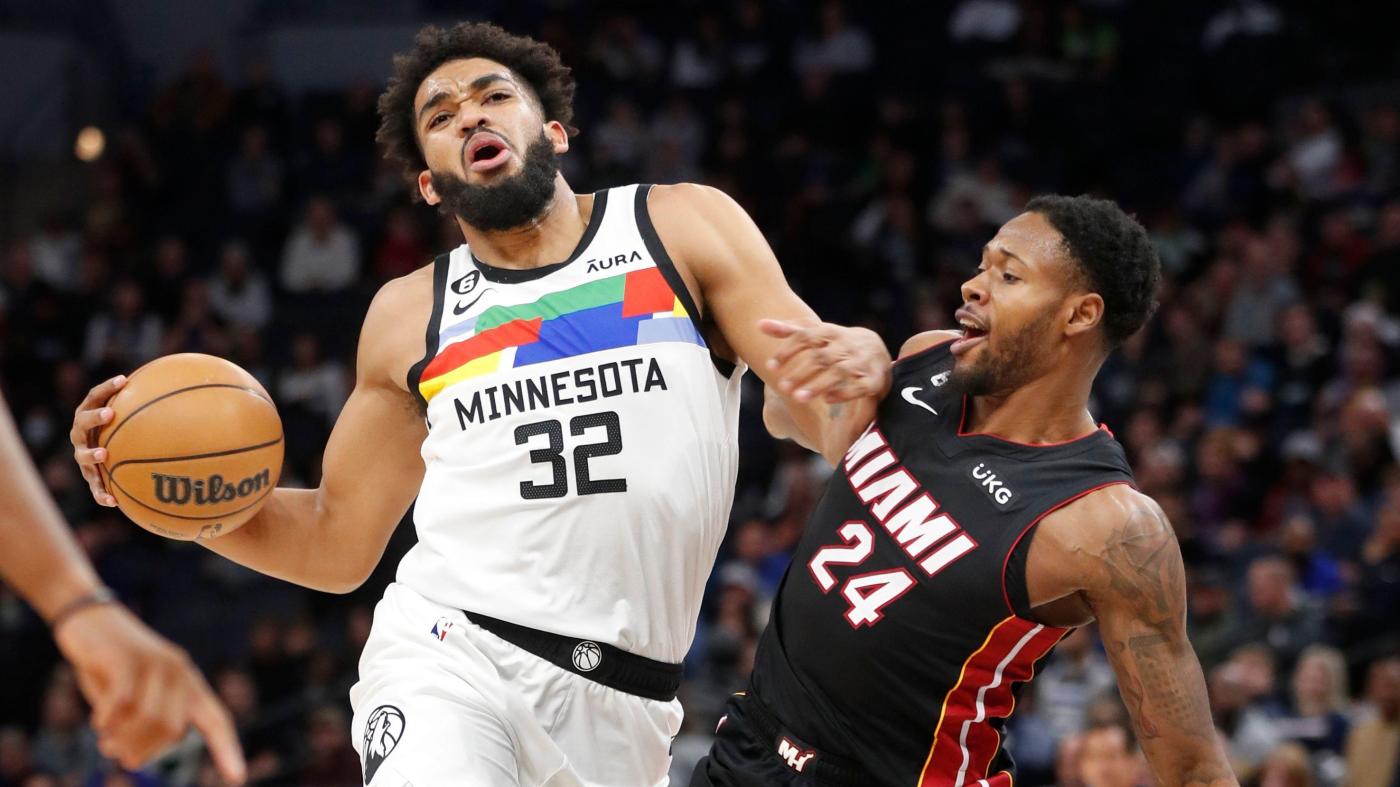 Observations and other notes of interest from Monday night’s 105-101 loss to the Minnesota Timberwolves:

– The Heat way might be to say you stop opposing runs by getting defensive stops.

– But that only pauses the opposition.

– What you need are relief baskets, or at least free throws.

– That’s what Jimmy Butler can give you.

– Or heck, maybe even Gabe Vincent or Duncan Robinson.

– None were available Monday night.

– Few have been available this past week.

– So whether it was the Raptors rolling back from 11 down or the Wizards from 15 down, there was no relief.

– But what the Heat need is health.

– Because they’re simply not winning without Butler.

– Now they might have had there been Victor Oladipo.

– But he has yet to play this season.

– Even as he traveled on this trip,

– And it has to be more than Max Strus or bust.

– As for Kyle Lowry, exactly how much should be expected at 36?

– So now back to FTX Arena or whatever it is called these days.

– It was Round 2 of Nikola Jovic-Bam Adebayo as the Heat’s starting power rotation, after they started together for the first time in Sunday night’s loss in Cleveland.

– Caleb Martin, Strus and Lowry rounded out the starting lineup.

– Strus’ third 3-pointer moved him past James Jones for 17th on the Heat all-time list.

– With Robinson also out after turning his left ankle late in the loss to the Cavaliers.

– It is only the second career game Robinson has missed due to injury, with Friday’s hand injury that kept him out in Washington the first.

– Vincent said his injury is mostly a matter of bumps and bruises.

– He said nothing invasive is involved in the treatment.

– With Cain next in.

– For the second consecutive night leaving Orlando Robinson as the lone available Heat player not to see action in the first quarter.

– Spoelstra said with Vincent and Herro out, Adebayo’s ballhandling becomes even more essential as the de facto backup point guard to Lowry.

– “He’s been our point center now for a couple of years,” Spoelstra said. “So we can function and run our offense with him handling.”

– The absences also opened the possibility with Jovic.

– “And then game out of hand [Sunday],” Spoelstra said, “we were able to look at Niko handling the ball as well in a similar fashion as Bam.”

– The absences have forced the Heat to somewhat dial back the playbook.

– “Of course a little bit, based on the personnel that’s available,” Spoelstra said. “But our system is our system, we’re not going to veer too far off from that. And we just want to continue to build the right habits, regardless of who’s in, who’s out, what scheme we’re in, what specific play call we’re running.”

– Spoelstra added, “It’s all about getting to our identity. Yeah, it quite naturally will look a little bit different right now.”

– Timberwolves coach Chris Finch said there remain a few constants, regardless of who is in the Heat’s uniforms.

– Finch said there was empathy.

– “I feel for those guys, with those injuries,” he said. “It’s really, really hard to build any momentum for them.”

– With his team entered at 8-8, Finch said it’s not about trying to meet preseason expectations.

– Spoelstra said no one should be surprised about the learning curve required with bringing in big-name talent, as the Timberwolves did with Gobert.

– “Yeah, this league and probably every professional league and so much of society right now is a microwave,” Spoelstra said. “People want the results right now, and that’s just not typically how things work, good things. You have to build a foundation, have to build habits, trust.”

– Spoelstra added, “These things take time, and oftentimes you have to go through some adversity together just to see how everybody responds.”