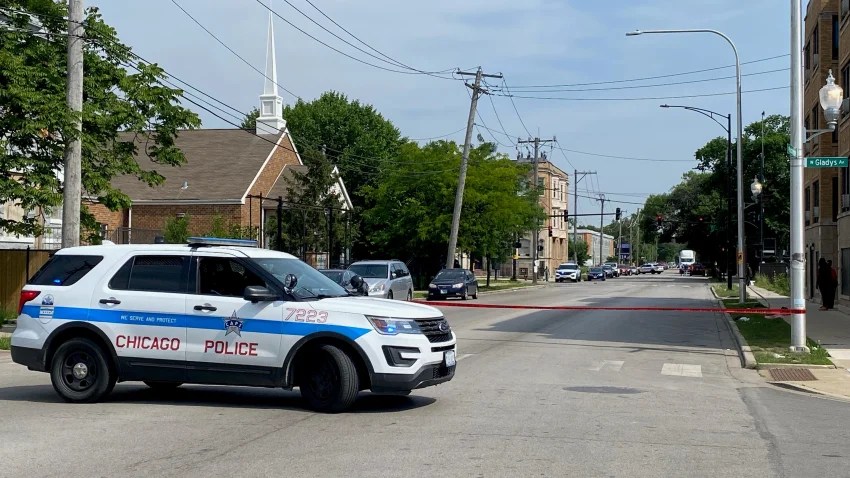 A woman who commandeered a police SUV on Monday and ran over a cop after she was found laying naked on a street in West Garfield Park now faces a host of felony charges — and misdemeanors for driving on a suspended license and having no insurance.

As the officer responded to a shots fired call around 9:49 a.m., a dispatcher broadcast that 34-year-old Whitley D. Temple was “naked, intoxicated and threatening to hit people” at the intersection of Kostner Avenue and Jackson Boulevard, according to an arrest report.

After finding Temple laying naked on the ground, the officer got out of his marked SUV to check on her and called an ambulance, the report states. That’s when Temple got up, walked toward the officer and eventually jumped into the SUV.

On one video of the encounter that circulated on social media, the woman appears to enter the car through an unlocked front door. The officer orders her out as he apparently tries to pull her from the driver’s seat. She appears to shift the car into reverse, knocking the officer to the ground with the door and dragging him as she narrowly avoids colliding with another car.

Another video obtained by the Sun-Times shows Temple driving off with the door ajar while the officer, apparently bleeding from the head, struggles on the ground. He suffered a lacerations to his head and left leg and an abrasion on his left hand, according to the report.

After “striking other vehicles along the way,” Temple crashed in the 2000 block of West Harrison Street, climbed out of the SUV through a window and ran into oncoming traffic. She was arrested following a brief foot chase and taken to nearby Stroger Hospital, the report states.

Radio traffic indicated she was admitted for a psychological evaluation.

Temple, of West Garfield Park, was charged Wednesday with felony counts of attempted first-degree murder, aggravated battery to a peace officer, resisting or obstructing a peace officer, possession of a stolen motor vehicle and leaving the scene of an accident, Chicago police said. She also faces a misdemeanor for driving on a suspended license and having no insurance.

Her initial court hearing was set for Wednesday.