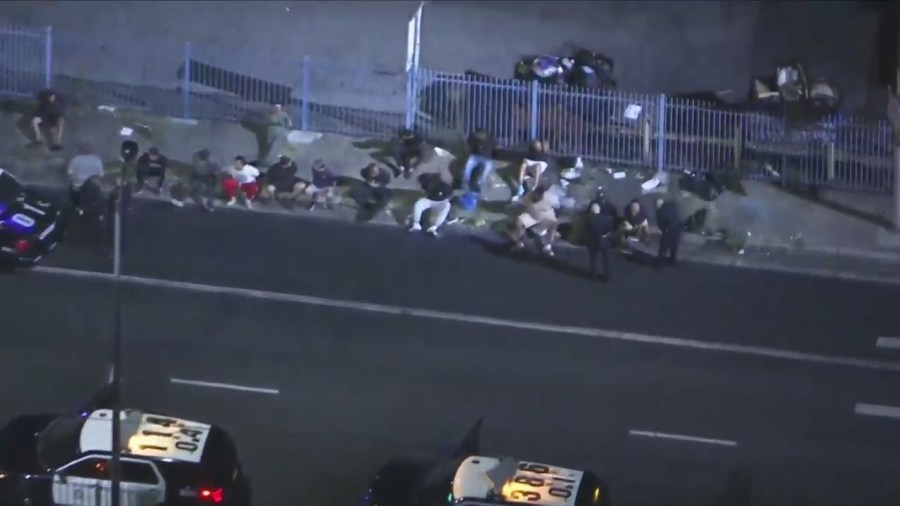 More than a dozen people were detained by Los Angeles police Tuesday night as officers breached a commercial building as part of a possible kidnapping investigation.

Police first received reports of the possible kidnapping around 8:15 p.m.

Officers quickly surrounded the commercial building which is located on the 100 block of E. 18th Street.

Video from Sky5 showed officers enter the building and detain several people. Between 12 and 20 people were seen sitting in handcuffs on a sidewalk curb.

By 10 p.m., several police cruisers still surrounded the building while officers appeared to be searching the building.

It’s unclear if a victim was located at this time or how many of the people detained have been arrested.

At least one person at the scene required medical care that required an ambulance, police said.