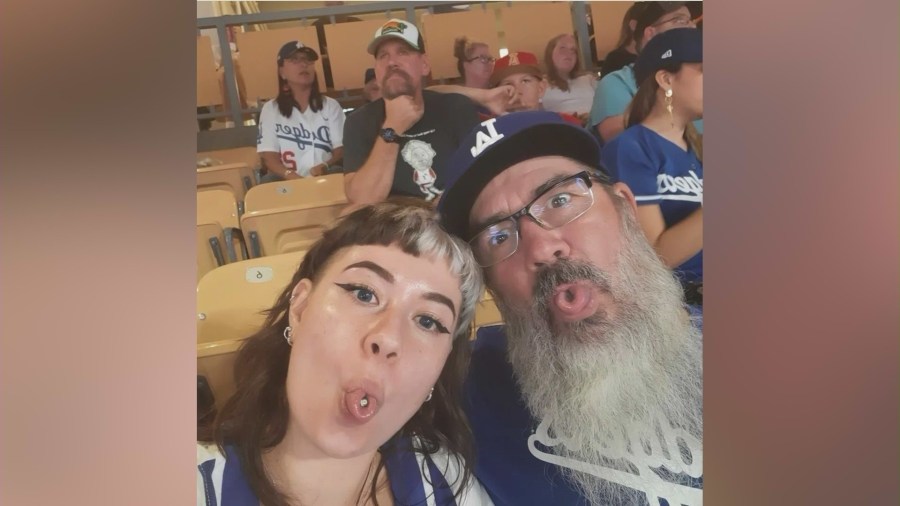 A heartbroken mother is speaking out after her husband and daughter were stabbed to death outside of a Kohl’s store in Palmdale on Thursday.

Ken Evans and his daughter McKenna Evans were spending the afternoon together, working on one of their cars in the Palmdale shopping center parking lot when they were brutally attacked.

“She wasn’t just my daughter, she was my best friend,” said Elizabeth Evans, the victim’s mother.

Elizabeth says her husband was a doting father and her daughter was the light of her life.

“He loved playing pool, he loved mountain biking, he loved spending time with his daughter,” said Elizabeth. “She was an absolute beacon,” she says of McKenna. “She didn’t know a stranger. Everybody became her best friend.”

No arrests have been made in this case so far, but authorities say they believe the attacker is a transient person. The victims’ family believes the attack was random. Elizabeth believes the suspect was a man on drugs and says her husband tried to shield his daughter from the attacker while they were repeatedly stabbed.

“The first time I met her was at work,” said Jesse. “The moment she presented herself was the day I fell in love with her.”

The last few days have been utterly traumatic for both Elizabeth and Jesse.

“I am absolutely destroyed,” said Elizabeth.

“I ran to the crime scene to see if she was okay,” said Jesse tearfully. “I wanted to hold her again. It was hard to know that the person who changed my life so drastically — in just one day was taken.”

As Jesse and Elizabeth grieve the devastating loss of their loved ones, police are investigating the events that unfolded during the deadly incident. The manhunt for the suspect continues.

Anyone with information is asked to contact the Los Angles County Sheriff’s Department at 323-890-5500.

Anonymous tips can be submitted by calling “Crime Stoppers” at 800-222-8477 or submitted online at lacrimestoppers.org.

The Evans family has set up a GoFundMe campaign to cover funeral expenses.