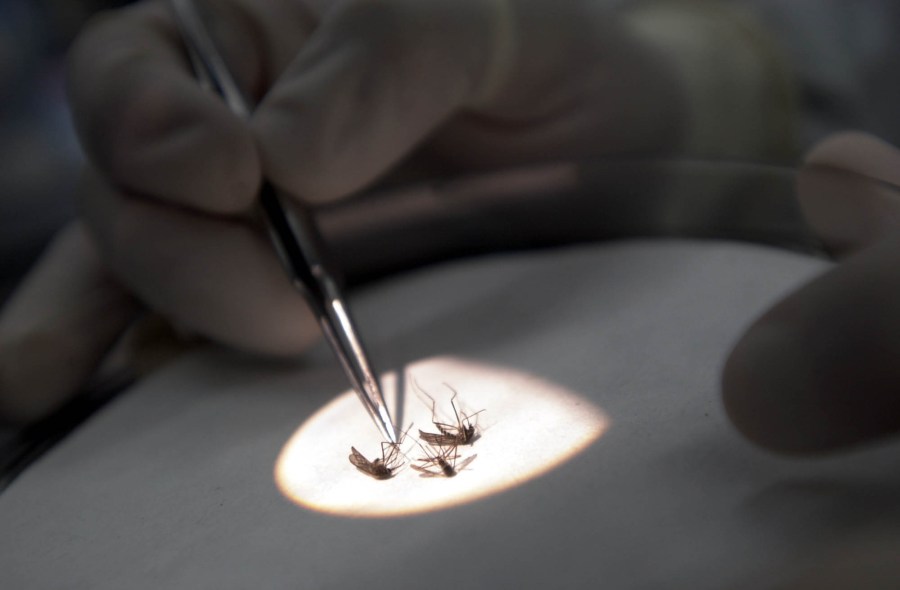 The positive mosquito sample was collected from a mosquito trap in Bellflower, confirming the presence of the virus in mosquito populations within the community, according to the Greater Los Angeles County Vector Control District.

While this confirmation serves as the first positive mosquito sample this year, West Nile virus was detected in three dead crows found in the North Hills neighborhood on May 26, the agency said.

Surveilling dead birds serves as an early warning detection tool that helps authorities identify when the virus is actively being transmitted between birds in the area.

“West Nile virus is spread among bird populations and transmitted to humans through the bite of an infected mosquito,” said Steve Vetrone, director of Scientific-Technical Services. “It is very important to remember that at this time the virus could be anywhere, even though we may not have detected it yet.”

West Nile virus is endemic to L.A. County, and it’s usually detected in the region during summer.

The virus is the leading cause of mosquito-borne disease in the U.S. and is transmitted to humans through the bite of an infected mosquito.

Last year, 17 people in L.A. County were infected with West Nile virus, and 12 were hospitalized. One person died from a neuroinvasive disease associated with the virus in 2021, according to the county’s Department of Public Health.

In 2020, there were seven West Nile Virus deaths and 93 infections countywide, the health department reported.

Because there is no human vaccine for West Nile virus, residents are urged to be proactive against mosquito bites by wearing insect repellent. The Centers for Disease Control and Prevention recommend products with the active ingredients DEET, Picaridin, IR3535, or oil of lemon eucalyptus as being safe and effective.

About 1 in 5 people infected with the virus will exhibit symptoms, which can include fever, headache, body aches, nausea or skin rash. The symptoms can last from days to months.

Severe West Nile virus infections can happen in some cases, especially in those over 50 with chronic medical conditions like cancer and diabetes. The infection can affect the brain and spinal cord, causing meningitis, encephalitis and paralysis.

Most mosquitoes do not carry the virus, and most people bitten by mosquitos are not exposed to severe West Nile virus. Still, officials urge residents to take the following steps to reduce the threat of the virus in their neighborhoods.