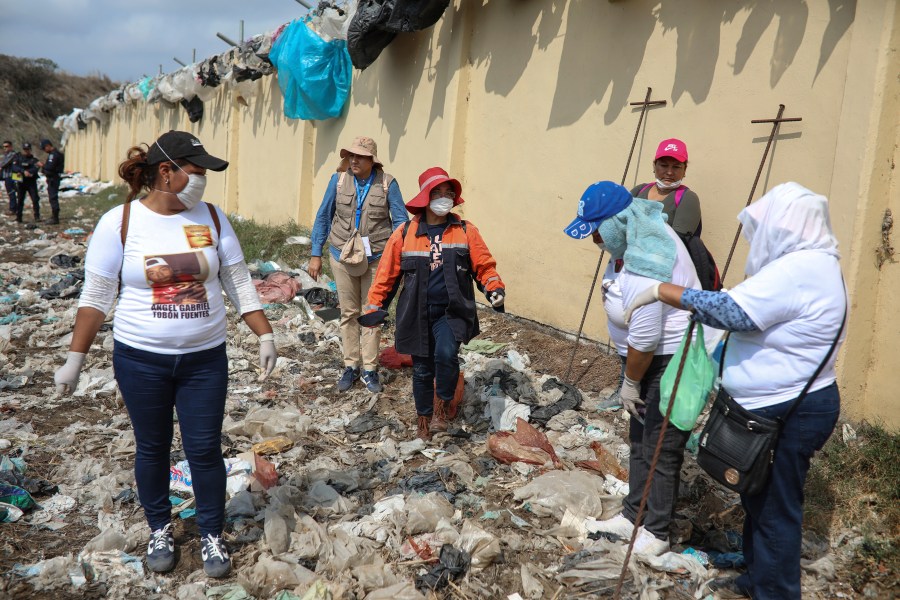 MEXICO CITY (AP) — Mexican activists filed a criminal complaint Wednesday at the International Court of Justice at The Hague, arguing authorities cooperated with or allowed drug cartels to abduct people who were never seen again.

The International Federation for Human Rights filed the complaint on behalf of activist groups that have helped locate hundreds of clandestine graves in Veracruz.

The federation presented evidence of 22 cases in which there was a systematic pattern to the disappearances, which may have applied to many of the estimated 600 bodies found.

In Veracruz, members of one state police unit have been convicted for carrying out illegal detentions and disappearances of people in the mid-2010s, during the administration of then Gov. Javier Duarte.

“This is one more piece of evidence on crimes against humanity in Mexico committed by organized crime, government authorities or both acting together,” said Jimena Reyes, the Federation’s director for the Americas.

The Federation has filed similar complaints regarding cases in the states of Coahuila and Nayarit; those cases have not yet been ruled on.