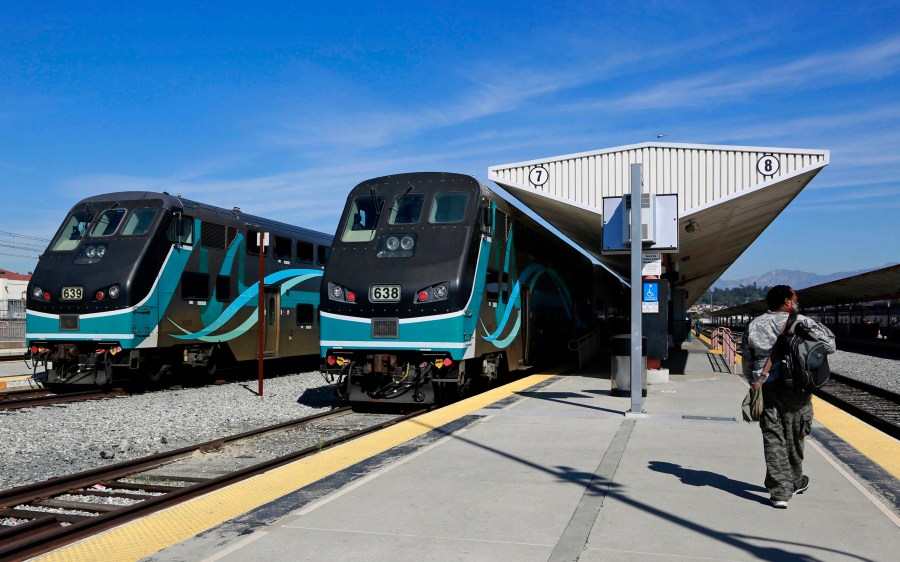 Metrolink is testing new technology that would automatically stop or slow down trains during earthquakes, officials announced Thursday.

The upgraded technology will work faster, automatically applying the brakes.

An alert indicates that an earthquake has begun and shaking is expected.

Metrolink’s system then automatically processes the ShakeAlert data and sends messages to trains in the impacted area based on the magnitude of the earthquake.

“The combination of ShakeAlert and PTC is a true game-changer for Metrolink,” Metrolink CEO Darren Kettle said in a news release. “This latest advancement is a reflection of Metrolink’s on-going leadership in system safety and an important milestone in our commitment to protecting our riders, workers and infrastructure.”

The system will also help with inspections of the rail network to resume services after the earthquake.

The new technology rollout is currently being tested along Metrolink’s 91/Perris Valley Line between Riverside and Perris.

“After the pilot phase on the Perris Valley Line, staff will evaluate its performance for potential expansion across the Metrolink system,” Metrolink officials said.