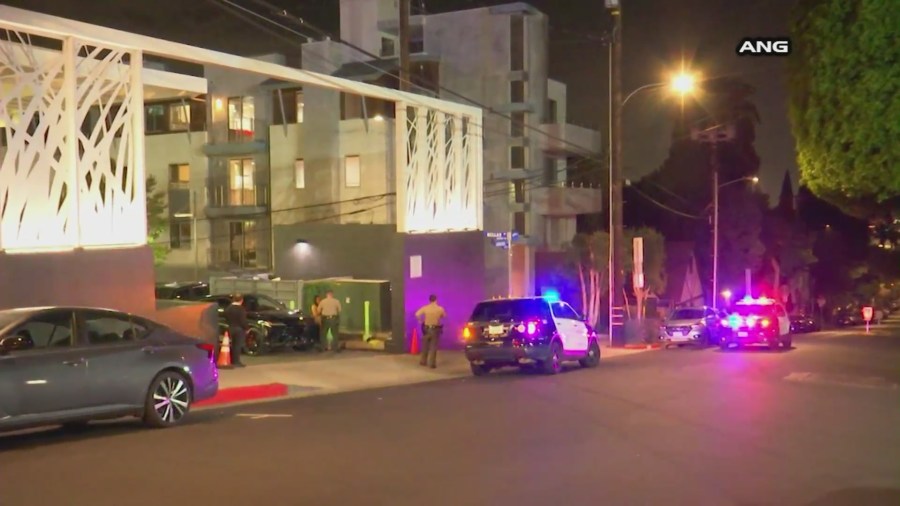 An investigation is underway after a man and woman were forcibly robbed of their expensive watches in West Hollywood early Sunday morning.

The robbery happened around 12:50 a.m. on the 8800 block of Sunset Boulevard in a busy and populated area, according to the Los Angeles County Sheriff’s Department.

Deputies responded to the area and spoke with the two victims who were said to be both under the influence of alcohol and uncooperative when deputies first arrived.

The man and woman said they were in their vehicle following an argument in a parking lot when a vehicle approached and several men confronted them.

The victims said four to six men physically assaulted them and robbed them of their watches.

No weapons were used in the robbery but one of the victims reported suffering minor injuries, LASD said.

Investigators believe the two were targeted and followed by the robbers who reportedly took off in a dark Rolls-Royce.

The watches are described as a women’s Michael Kors brand watch valued at $1,000 and a Rolex timepiece valued at $18,000.

The suspects in the robbery were described as Black men wearing dark clothing who allegedly took off in a dark-colored Rolls Royce.

The Sheriff’s Department is currently working to obtain any surveillance video from the area.

Anyone with information about this robbery is urged to contact the Los Angeles County Sheriff’s Department West Hollywood station at 310-855-8850.

Sheriff’s deputies are reminding members of the public to be aware of their surroundings at all times as these types of robberies become more and more prevalent. The robbers are usually looking for people with expensive jewelry, clothing and electronic and people are urged not to show off valuable items or cash in public.