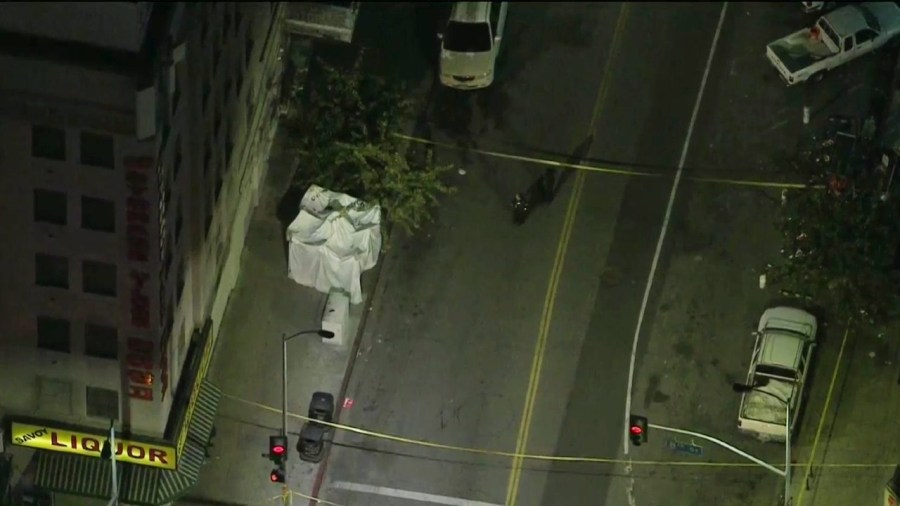 An investigation is underway after a man was found with a fatal gunshot wound on a Koreatown sidewalk early Monday morning.

Several gunshots were reported just after 3 a.m. near the intersection of South Normandy Avenue and West 8th Street.

A white canopy could be seen on the sidewalk near the Savoy Liquor store.

Officers confirmed they found a man down with a gunshot wound when they arrived in the area.

The unidentified victim was pronounced dead at the scene.

Police did not provide a possible motive for the shooting.

No description of a shooter, or shooters, was given.