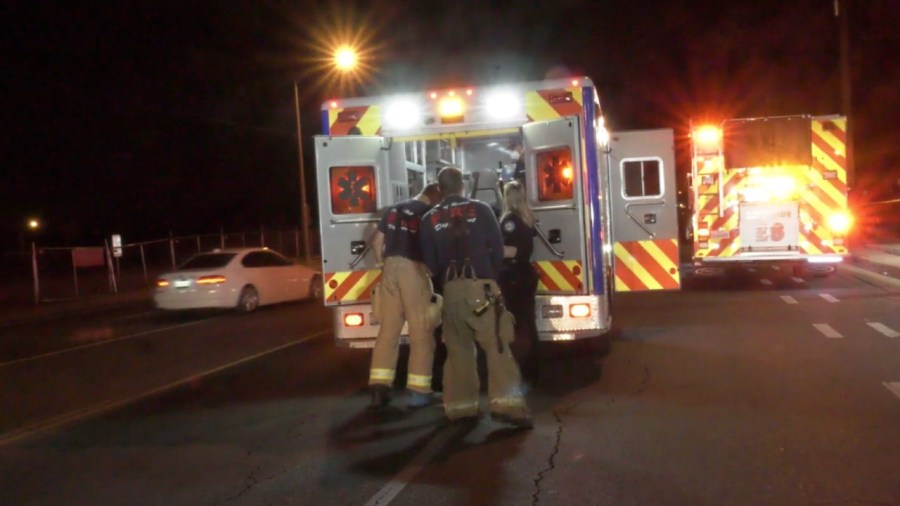 Police are investigating a shooting Friday that occurred in the same area of Riverside where three people were shot earlier this week.

The latest incident was reported at 12:40 a.m. near the intersection of Pierce Street and La Sierra Avenue, Riverside Police Department Officer Railsback said.

Arriving officers found a man down at the scene who was suffering from a gunshot wound and began CPR, Railsback said.

The unidentified man was taken by ambulance from the scene in unknown condition.

No suspect description has been provided and it was unclear what led up to the shooting.

Video from the scene showed several people being combative with officers as they investigated the incident.

On Wednesday, three people were shot at a home near the same intersection around 2:15 a.m.

One of the three was pronounced dead at the scene, another was taken to a hospital and was expected to survive.

A third person believed to be involved in the shooting was driven from the location but later died at the hospital.

Several people were detained in connection with the incident, but it was unclear if any arrests were made.

There was no immediate word on whether the two shootings were connected.