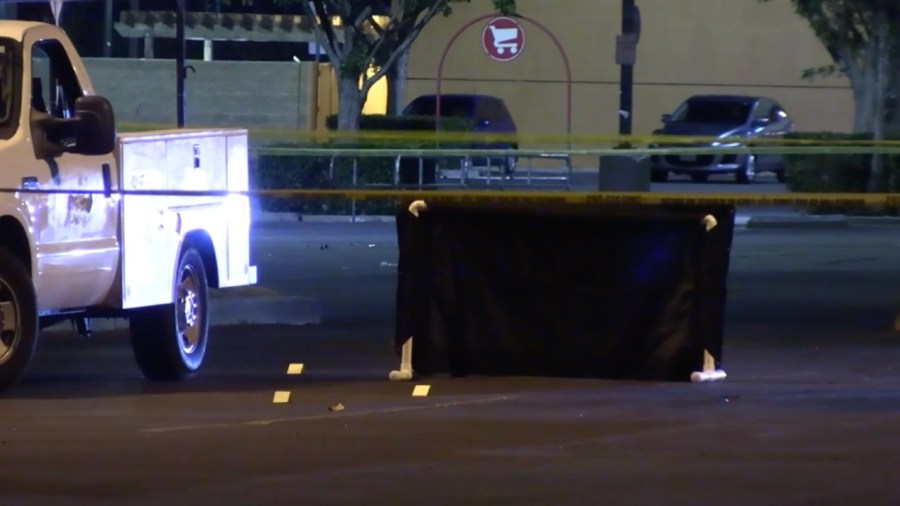 Authorities are investigating a pair of unrelated shootings that left one man dead and a woman shot in the face in Lancaster Sunday night.

The first incident was reported just before 10:30 p.m. in the 1100 block of East Avenue R, a Los Angeles County Sheriff’s Department spokesperson confirmed.

Investigators determined there was some sort of altercation between a man with a gun and woman inside an apartment unit.

At some point during the incident, the man shot the woman and then fled the scene with a 10-year-old girl, the spokesperson said.

The unidentified woman, who was shot in the face, was taken to a local hospital in stable condition, City News Service reported.

Arriving deputies found the man and took him into custody without incident. The girl was was also located by deputies, according to CNS.

The incident, including whether the suspect and victim knew each other prior to the altercation, was still under investigation.

Less than an hour later, deputies responded to a gunshot call in the 1100 block of West Avenue K around 11:12 p.m., the Sheriff’s Department stated in a news release.

A victim was found at the location suffering from a gunshot wound.

The unidentified Hispanic man was pronounced dead at the scene, according to the Sheriff’s Department.

No description of the shooter, or shooters, was available.

Anyone with information was asked to call the Sheriff’s Department’s Homicide Bureau at 323-890-5500. Those who prefer to remain anonymous can contact Crime Stoppers at 800-222-8477.