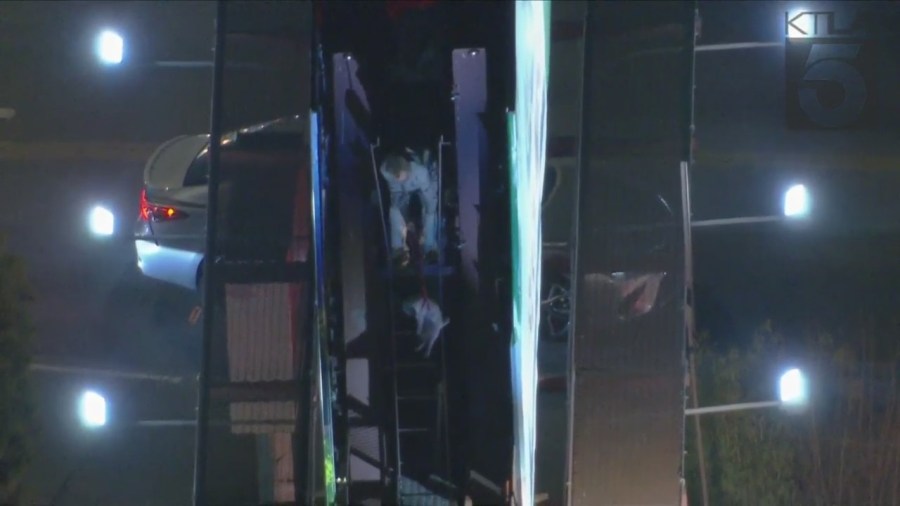 Aerial footage from Sky5 showed the moment crews with the Los Angeles Fire Department used a ladder truck to remove a man and his dog from a platform between two billboards downtown.

Calls about the pair perched between the billboards, located near 1855 E. Washington Blvd., came in at around 5:53 p.m. Wednesday, according to Margaret Stewart with LAFD.

The man can be seen using the dog’s leash to lower the animal to waiting firefighters, who then carried the dog down the ladder.

After several moments, the man climbed down the platform’s ladder on his own and used the ladder truck to get to the ground.

It is unclear why the man and his dog were up on the platform, but video shows police taking him into custody.