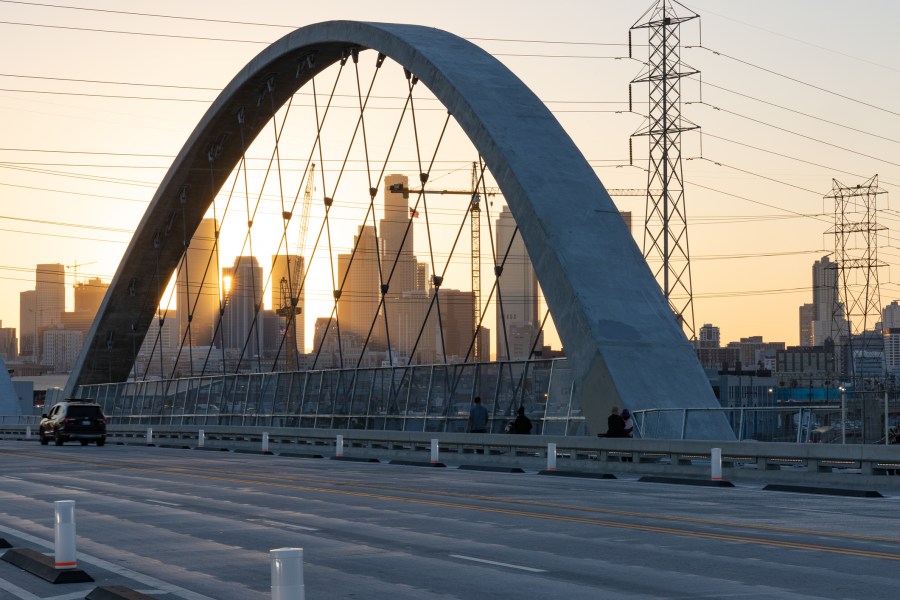 Police are searching for a suspect after a man was found fatally shot in Boyle Heights on Friday night.

The victim is a 25-year-old Hispanic man. His identity has not been released by Los Angeles Police.

Officers responded to reports of a shooting under the Sixth Street Bridge near 6th and Mission around 10 p.m.

When officers arrived, they found the victim lying on a roundabout platform leading to the ridge, said LAPD. The victim was transported to a local hospital where he was later pronounced dead.

Police say the suspect and the victim were attending an event during which an altercation erupted. The suspect fired multiple shots at the victim before fleeing the scene, authorities said.

Police believe the shooting may be gang-related. The weapon used in the fatal shooting is a 9mm handgun, LAPD confirmed.

The suspect is described as a Hispanic male between 18-20 years old. He stands 5 feet 4 inches tall, weighs 120 pounds and was wearing a black ski mask.

The suspect’s vehicle is described as a gray Dodge Durango SUV that was last seen driving on Mission heading towards Alameda.

The fatal shooting remains under investigation.