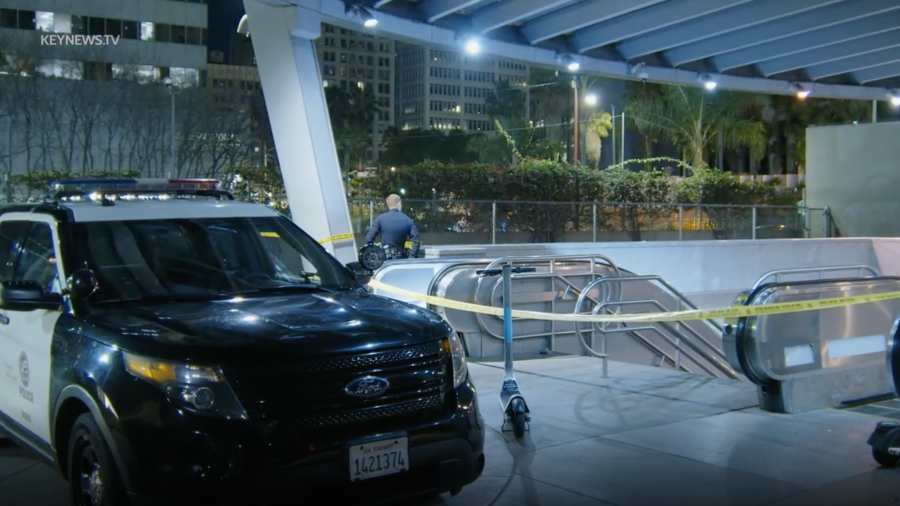 A man died Wednesday morning after he was found at a Los Angeles Metro Rail station suffering from multiple stab wounds.

The man was found by Los Angeles police officers around 1:15 a.m. at the Pershing Square subway station at the intersection of 5th and Hill streets in downtown.

Video from the scene showed police tape blocking off the entrance to the underground subway platform.

The unidentified victim was transported to the hospital where he was pronounced dead, police said.

It’s currently unclear if the attack was gang-motivated, or if the victim was homeless.

The Los Angeles Metro said service was greatly delayed because of the ongoing investigation, with only one train running between Westlake and Union Station. Riders were encouraged to take a Metro bus, if possible.

Anyone with information about the deadly stabbing is urged to contact the Los Angeles Police Department Tip Line at 877-527-3247.