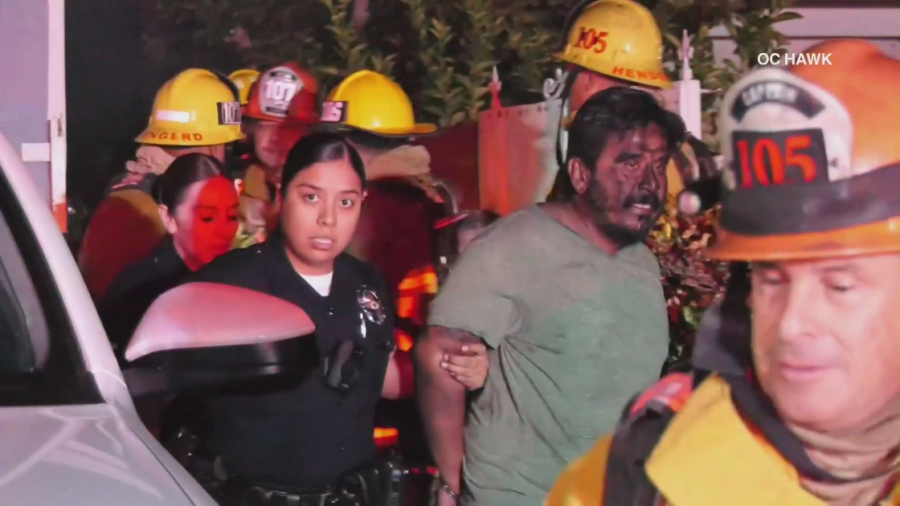 A man was taken into custody after a fire at a possible marijuana grow operation at a Chatsworth garage early Monday.

Los Angeles city firefighters ran into some difficulty getting into the building from an occupant and several aggressive dogs, Battalion Chief Brian Dameron said.

The Los Angeles Police Department also responded and took the man into custody. He was eventually taken away in an ambulance, video from the scene showed.

Firefighters were eventually able to get in and put the fire out, containing it to the garage.

The garage appeared to be a possible illegal grow operation, but the cause of the fire is under investigation, Dameron said.

Several plants could be seen inside the garage, which had been gutted by flames.