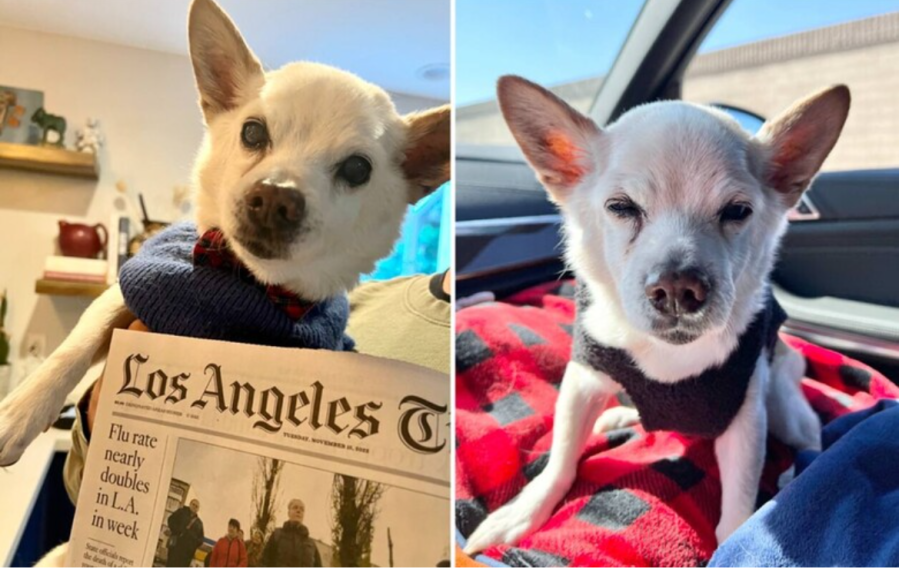 A California dog is now believed to be “world’s oldest,” according to Guinness World Records.

Alex Wolf, then a college sophomore, adopted Gino from the Humane Society of Boulder Valley when the dog was 2 years old. According to Today, he and his roommates cared for Gino while attending the University of Colorado Boulder.

During summer vacations, Wolf brought Gino home while visiting family and friends in Southern California. The pup quickly adapted to the California lifestyle.

“When he was younger, he used to love exploring my parents’ huge backyard with our other dogs in Manhattan Beach, going on walks off the leash in Venice, drives along the coast blasting music with his head out the window, or running around on the golf course in La Quinta,” Wolf told Today.

Wolf mentioned his support system and a healthy diet for Gino’s longevity, but said the dog himself deserves “all the credit.”

To celebrate the milestone, Wolf took Gino on a wagon ride around the Mar Vista neighborhood of Los Angeles, an activity Gino loves to do as he ages.

The title of “World’s Oldest Dog” was previously held by Pebbles, a Toy Fox Terrier. The dog passed away on Oct. 3, the record book announced in a press release.