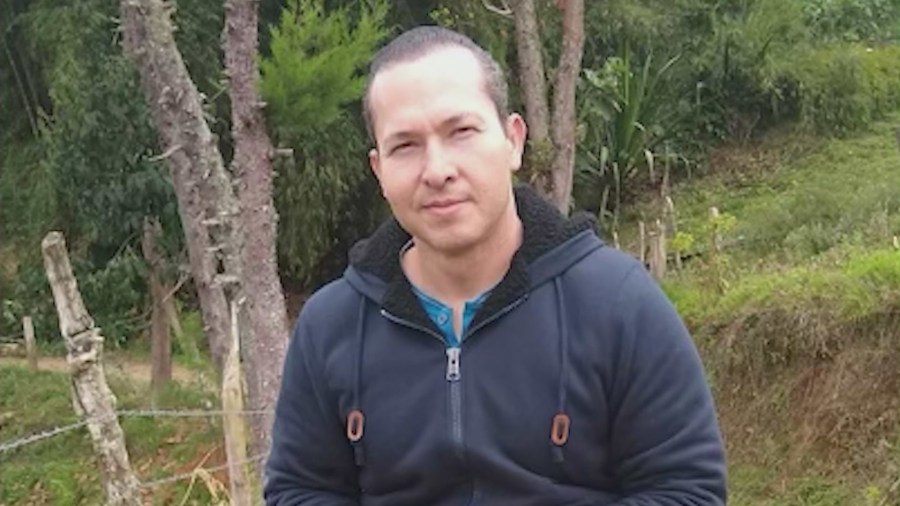 Family, friends and colleagues of a 44-year-old Los Angeles County Public Defender who they say has been wrongfully detained in a Venezuelan jail for the last 10 months, gathered at the UCLA School of Law Wednesday to bring attention to his case.

In March 2022, Eyvin Hernandez was vacationing in South America when he was kidnapped near the border of Colombia and Venezuela and accused of being an American spy after refusing to pay a $100 bribe to a gang, his family says.

While Hernandez’s father, Pedro Martinez, made an emotional plea for President Biden to get involved in the case, his brother, Henry Martinez, spoke about how much the family misses him.

Henry said his brother was taken in a very traumatic manner and now he’s being held by the Venezuelan Government.

United States officials say Hernandez is being held hostage in the Venezuelan prison and being used for political leverage.

“The only way they get released is for the two governments to come to an agreement,” said Osman Khan, a former Venezuelan hostage. “Both sides want something.”

Khan was recently released in a prisoner swap. He met with Hernandez while detained in Venezuela.

“When you’re being held for political gain, you’re not treated the best,” said Khan. “It’s a difficult situation overall, a painful situation. You’re deprived of your rights, deprived of human dignity.”

“I’m grateful for the outpouring of support the public defender community has given to Eyvin and to his friends and colleagues and to his family,” L.A. County Public Defender Ricardo Garcia said.

They all say they will keep fighting until the 44-year-old is finally home.

Hernandez’s family is working with the U.S. State Department and has launched a GoFundMe campaign to help with the cost of bringing him back home.