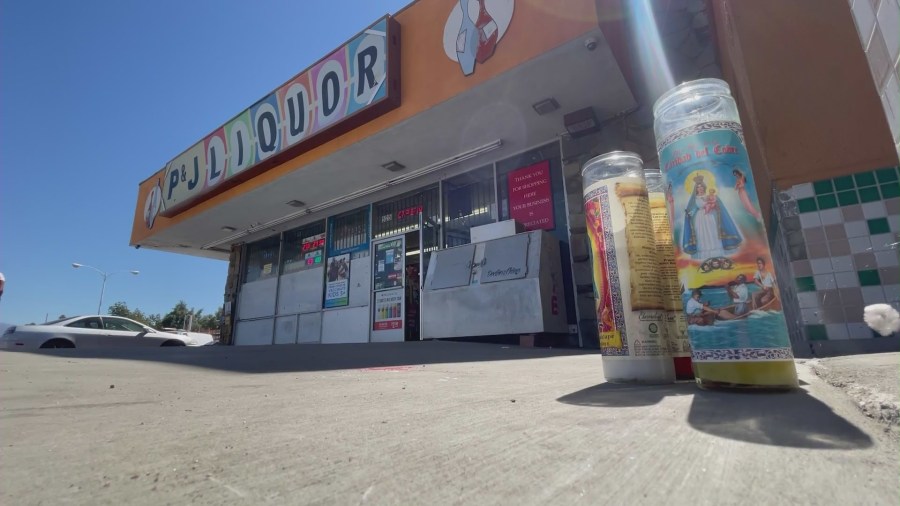 A 46-yr-previous liquor retail store clerk in San Bernardino was fatally shot on Tuesday, leaving standard customers and friends reeling from the reduction.

Nader Alkouli, who immigrated to the U.S. from Syria, worked at P&J Liquor in San Bernardino for a long time, but at about 8 p.m., he was identified struggling from a gunshot wound on the sidewalk outdoors the keep.

He succumbed to his wounds at a local healthcare facility, and the retailer now has one particular fewer welcoming confront to greet clients.

“He was a seriously respectful man or woman to every person, no issue coloration, form, size, male, feminine, most people,” claimed Steve Mead, a longtime buyer and good friend. “Often positive, usually amusing, sharing meals from Syria, teaching me Arabic.”

Another frequent, Ronda Downton, reported Alkouli appeared out for her, noting when she came by the keep afterwards in the working day than her usual visits.

“I came here since they told me these were his blood places on the concrete, and I came right here since I did not believe that it,” claimed Downton.

It is unclear what just took place Tuesday night in the keep. Law enforcement are investigating, but could only say there was a confrontation in between Alkouli and the suspected gunman, 21-calendar year-outdated William Norris Jr., who was arrested on Wednesday and booked on murder expenses.