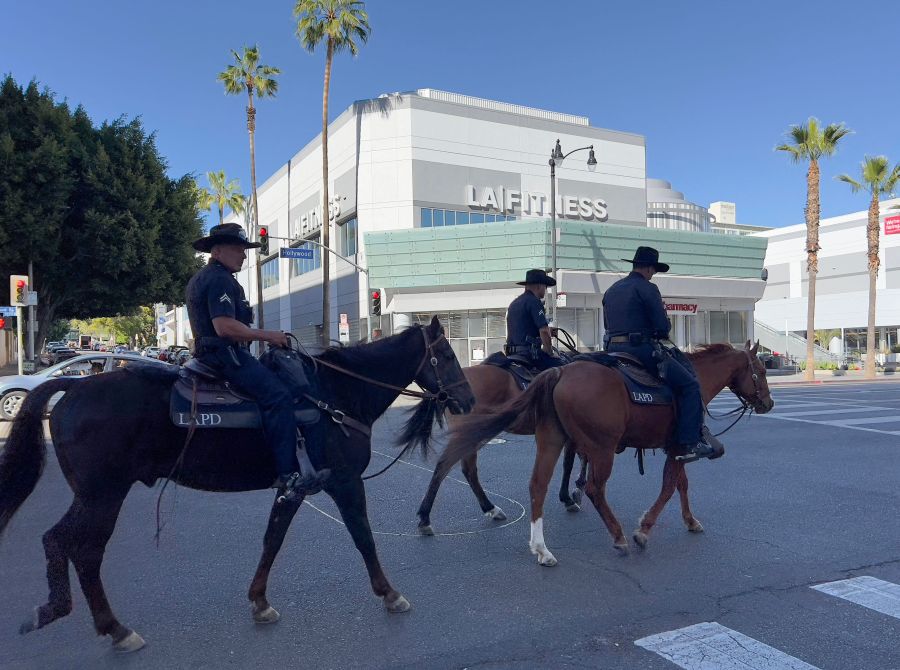 In just the past week, Hollywood has seen crimes such as the brutal beating of a woman in a parking garage and a man who was shot in the chest during an iPhone robbery.

On Wednesday, Los Angeles City Councilman Mitch O’Farrell and the Los Angeles Police Department made clear they plan to step up enforcement, adding up to 200 additional officers in the area in the coming weeks.

In addition, an unmarked crisis response team will conduct welfare checks on the homeless and those living with mental illness.

On Facebook, many Angelenos expressed frustration with the situation in Hollywood.

“Just the let the criminals run the streets. Oh wait they already are,” Bernie Grall commented.

Many responents said they believe the additional officers and outreach team, called the Los Angeles CIRCLE program, will improve conditions in the tourist-friendly area, though quite a few added that political changes might be required.

Many commenters singled out one elected official in particular: District Attorney George Gascón, who has been criticized for being soft on crime by opponents and who might face a recall effort in November.

“We need to get rid of Gascon and put these criminals back in jail and/or prison,” said Debbie Jones.

Others criticized policies they felt were too lenient on those committing crimes without attacking officials by name.

“Won’t do any good if you slap them on the hand after being caught and say don’t do it again. Throw them in jail,” Bob Young wrote.

At least one commenter laid the blame at the feet of other county officials: the Board of Supervisors.

Still, some SoCal residents said they believed a larger police presence in itself might benefit Hollywood Boulevard.

“Haven’t seen cops on the blvd in a long time,” Chris Listak said.

“We have to try something, let’s start with this at least,” added Cathy Gomez Brosky.

Others thought even more needed to be done.

“About 2000 more cops and the National Guard on weekends,” Dixie Farrell wrote.

“200 is not enough. Not only is more needed, but the criminals they catch need to remain in jail or post bail until trial,” Michael Maddock added.

Commenter Tori Leigh Rhodes agreed that more needed to be done, but more police officers was not the answer.

“I think they need to reduce the number of officers and hire specialists that can focus on mental health intervention services, social workers, job placement, and helping the unhoused find affordable housing,” Rhodes wrote.

Regardless of the debate, some Angelenos were focused on the well-being of one specific group: the horses that some officers are expected to ride.

Misty Diaz said she feels “bad for these horses.”

“It’s like the wild wild West out there. The streets are so dirty and there’s just so much chaos, in that area. Hope everyone stays safe,” she said.

“I feel bad for the horses, I hope they don’t step on any needles or knives,” Jenna Lee added.