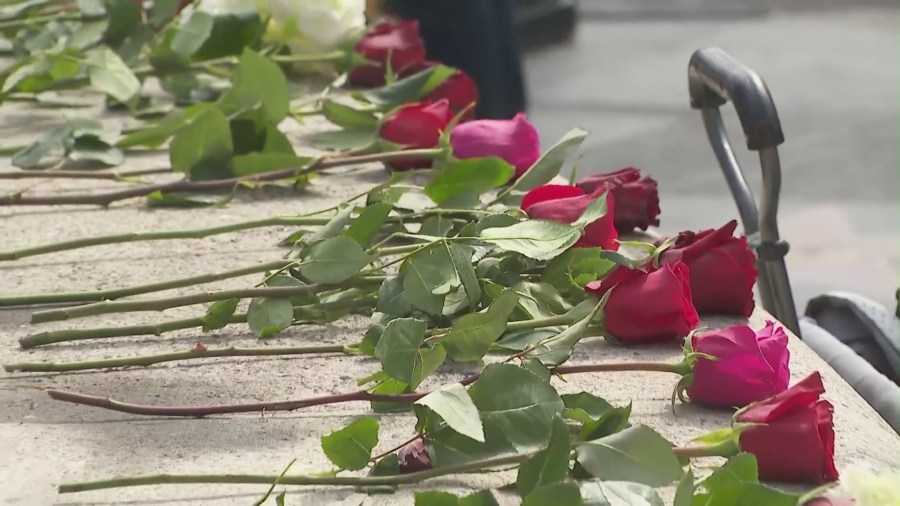 Across the Los Angeles area on Saturday, people gathered to mourn those lost and hurt in a recent spate of mass shootings.

At Sunset and Vine in Hollywood, posters and flowers honored the victims of three shootings: the carnage at a grocery store in Buffalo that targeted the Black community, the attack at an Orange County church luncheon that targeted Taiwanese-Americans, and the massacre of children and teachers at an elementary school in Uvalde, Texas.

“You know, just all too common now. Almost all of us know somebody who’s been impacted by a mass shooting,” said activist Anthony Bryson.

“We feel like it’s important that we join in our community and say let’s be there for each other, let’s support each other but also, let’s figure out solutions,” added participant Justine Flores.

“Mass shootings, shootings in general in broad daylight with no regard for public safety, are far too common in this country and there definitely needs to be something done about it,” Pacheco said.

“Look, the laws that we have on the books here in California we know are working. They reduce gun violence by about half, but what we need to do is expand those protections to the federal level, so universal background checks and regulations on magazines that have a huge capacity … There’s a lot more that we can do,” said congressional candidate Christy Smith, a Democrat.

“We’re taking action to let our legislators know that we are done, that enough is enough and it’s time to make changes in this country and save lives,” added activist Stacy Moseley.