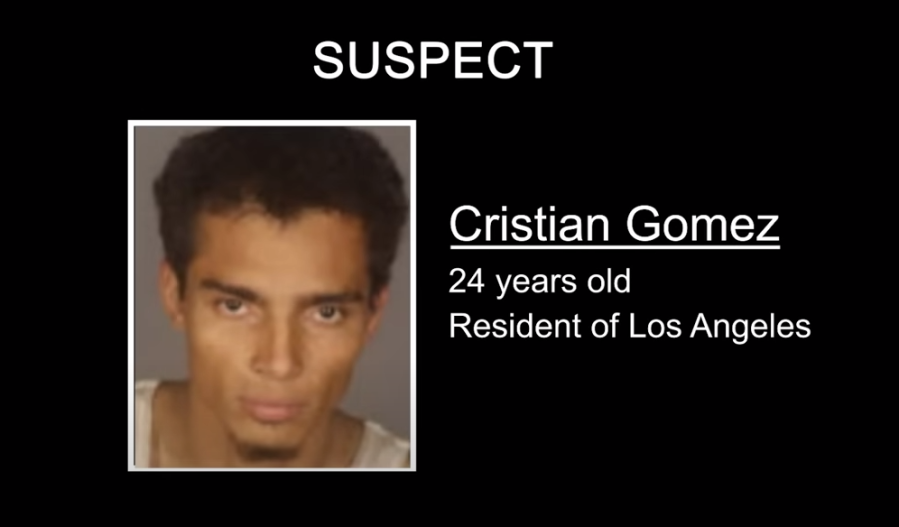 Police have released more details and body cam footage from a deadly police shooting in the Lake Balboa area from Aug. 17.

LAPD have identified the man killed in the shooting as 24-year-old Christian Arriola Gomez, a Los Angeles resident.

Officers with the LAPD’s West Valley Division responded to reports of a man “smoking narcotics and armed with a machete” in an alleyway near the 17300 block of Sherman Way.

Police footage shows officers spotting Arriola in the alleyway while instructing him to drop the machete he was holding.

The man eventually picks up his bicycle and rides away while officers trail him in their vehicles.

Arriola rides through a residential neighborhood for a few blocks before police eventually confront him in an alleyway. Body cam footage shows Arriola approaching the open car window of an officer in the driver’s seat. As Arriola approaches the open window, the officer fires two shots, striking the suspect in the upper chest area.

After being shot, Arriola is seen running away for a few moments before falling to the ground.

He was later transported to a local hospital where he died from his injuries. The machete was recovered and was booked as evidence.

“LAPD’s specialized Force Investigation Division responded to the scene and interviewed witnesses and supervised the collection of evidence by the Forensic Science Division.

The complete investigation will be reviewed by the Chief of Police, the Board of Police Commissioners, and the Office of the Inspector General to determine the thoroughness and accuracy of the investigation and whether the use of deadly force complied with LAPD’s policies and procedures.

Additionally, the Los Angeles County District Attorney’s Office who responded to the scene will review the subsequent FID investigation, evidence collected, and witness statements to determine if the force used by the officer was reasonable.”

View LAPD’s full video including body cam and dashcam footage of the incident.