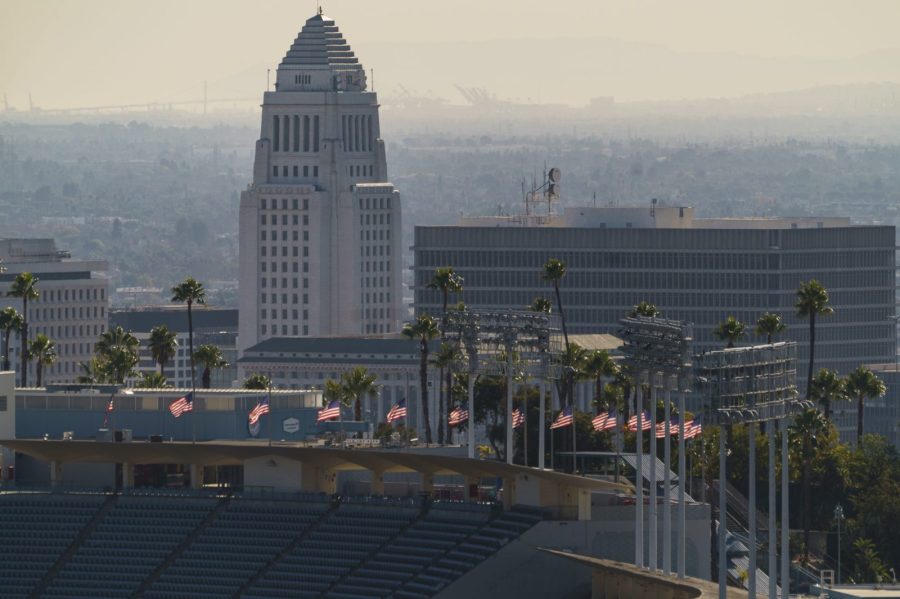 As the city of Los Angeles continues to mourn the passing of legendary Dodgers broadcaster Vin Scully, Mayor Eric Garcetti announced that Los Angeles City Hall would be lit up Wednesday in honor of the man known lovingly as the voice of the city.

Scully, who was the voice (and face) of the Dodgers for more than six decades, died peacefully Tuesday at the age of 94, the team announced.

“It is impossible to think about the Dodgers without reflecting on Vin’s incomparable way with words and the boundless wisdom he shared with generations of fans around the world,” Garcetti said of the Hall-of-Fame announcer. “Our hearts are broken by his passing, but he will forever be remembered as an indispensable teller of L.A.’s story – and the author of some of our most indelible memories.”

In his own words: Vin Scully reflects on his illustrious career

The mayor added that one of the greatest honors of his life was awarding Scully the very first Key to the City of his administration.

“He was a true gentleman, a dear friend, and always had a kind word to offer,” Garcetti said.

City Hall will be lit to honor Scully’s legacy and memorialize the man that introduced generations to the joy of professional sports — especially Dodger baseball.