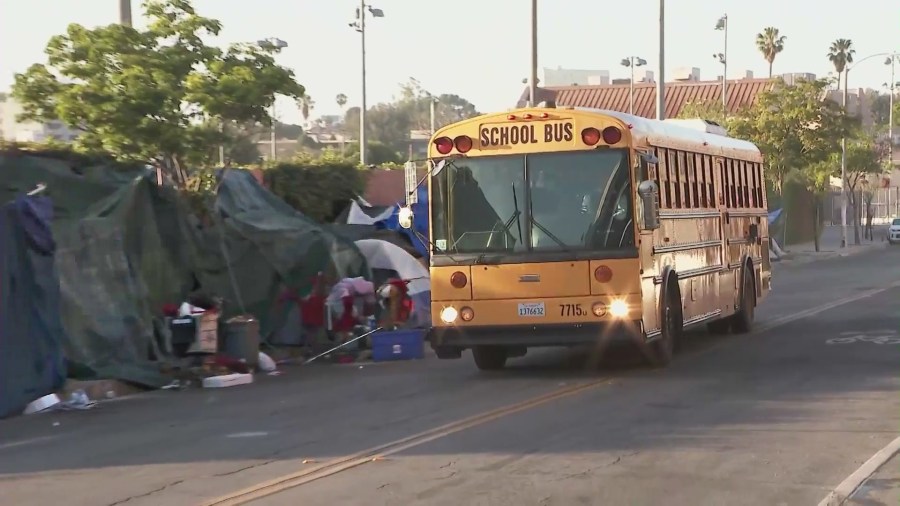 The Los Angeles City Council on Tuesday backed a proposal to change to the city’s anti-camping ordinance to prohibit homeless encampments within 500 feet of schools and day care centers.

Carvalho voiced support for expanding the camping ordinance, saying students need to have a clean, safe passage to school.

“I’ve seen elementary schools with conditions that none of us as parents would find acceptable for our children,” Carvalho said. “Individuals with mental illness, some of them absolutely unclothed, shouting profanities to the listening ear of children. The trauma, the long term, short term repercussions impact on the psychological cognitive development of children that those conditions present, should be unacceptable to any one of us.”

Currently, the ordinance does ban encampments near schools, but only after each campus location is approved for enforcement by the City Council.

If the change passes, the ordinance would bar encampments within 500 feet of all schools and day care centers in the city of L.A.

Martinez said that over the last few months, several teachers, principals and parents have reached out to L.A. Unified with concerns about encampments around schools and day care centers.

“I just don’t believe that any preschooler or any student walking to school, walking home should have to deal with these large encampments in and around our schools,” Martinez said.

Bonin said the change is broad since it also includes barring camping within 500 feet outside day care centers.

“We’re spending a lot of time defining where people cannot sleep, where can they sleep?” he asked.

Raman said she hesitates to create new rules that the city doesn’t have the capacity to enforce.

“We don’t have a system in place right now where we have adequate numbers of shelter beds. We don’t have our street strategy actually fully resourced, we don’t have outreach workers that go out with our Care Plus to make sure that people are noticed,” Raman said.

The amendment to the anti-camping ordinance will need approval from the City Council before it can go into effect.