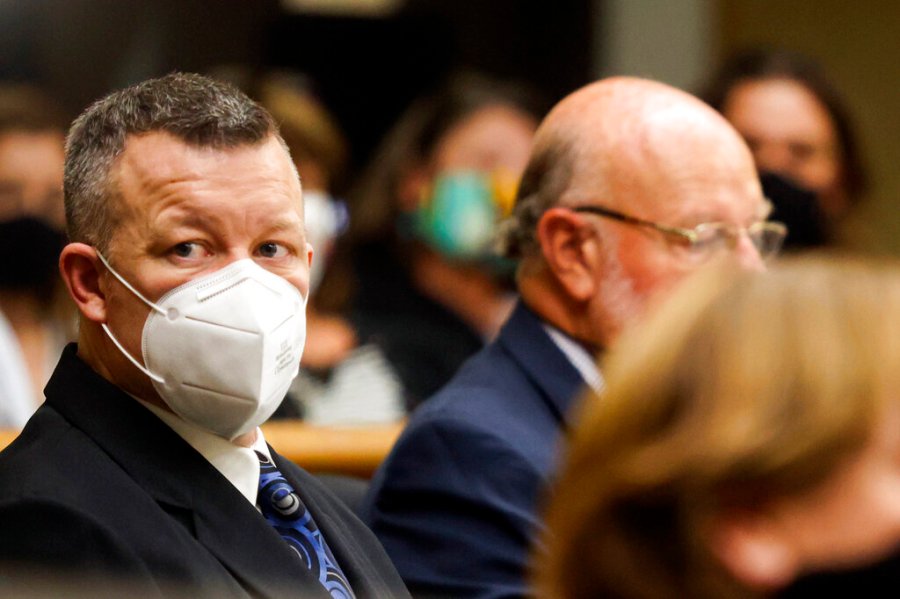 One of California’s most infamous unsolved cases finally headed to court Monday after more than 26 years. The disappearance of Cal Poly freshman Kristin Smart in 1996 once left an entire community on edge, but now residents on the Central Coast have their eyes on the courtroom as her accused killer, Paul Flores, stands trial.

Flores is charged with killing Smart during an attempted rape inside his Cal Poly dorm. His father, Ruben Flores, has been charged as an accessory to the crime, accused of helping his son conceal Smart’s remains.

Opening statements were held in a Salinas court on Monday. The trial was moved to Monterey County due to publicity and notoriety of the case in San Luis Obispo County.

Paul Flores has long been associated with Smart’s disappearance, accused of being the last person to see her alive as the two left an off-campus party at Cal Poly.

Prosecutors will attempt to prove that Flores killed Smart during a rape attempt and then successfully hid her body for more than two decades. To this day, her body has never been found. It is uncommon for prosecutors to prove murder without a body, but it is not impossible, and other cases in California have led to murder convictions despite the lack of a body.

The defense, meanwhile, will hope the lack of physical evidence is an insurmountable burden for the prosecution. Defense attorneys argued Monday that there is no evidence of a murder and no evidence of a rape.

Cadaver dogs signaling at Flores dorm room back in the ’90s will be central to the case, as will evidence of a possible burial site underneath a deck at Ruben Flores’ home in Arroyo Grande.

Robert Sanger, Paul Flores’ attorney, has previously implied that Smart was headed down a dangerous path and either chose to disappear willingly and is still alive, or even was the victim of another killer.

The case heads to trial after a whirlwind preliminary hearing in San Luis Obispo County last year that lasted 22 years with various delays and gambits by the defense, including floating the possibility to have convicted murderer Scott Peterson brought into testify. Peterson was also a Cal Poly student at the time and would later be convicted of killing his pregnant wife.

Ultimately, Judge Craig Van Rooyen ruled that there was enough evidence for the case against the Flores men to go to court. The same judge later ruled in favor of the defense team to have the case moved out of SLO County.

A podcast by Santa Barbara County resident Chris Lambert is often credited with helping drum up renewed interest in the case. San Luis Obispo County sheriff Ian Parkinson has seconded that notion, but has asserted that the case never went cold and investigators worked diligently to make an arrest ever since Smart disappeared on that fateful night, May 25, 1996.

A phone call played during trial Monday included a conversation between Paul Flores and his mother, in which she encourages her son to listen to the podcast in order to poke holes in the claims made by Lambert.

Witnesses expected to take the stand during the trial, which promises to be long and contentious, include members of the scientific community who will present forensic evidence, former lead investigators on the case, friends of Smart and others who were in attendance at the off-campus party where Smart was last seen by anyone other than Flores. Prosecutors also plan to call to the stand several women who have alleged being drugged and sexually assaulted by Paul Flores in the Los Angeles area.

The trial is expected to take several months and two separate juries will decide the fates of both Paul and Ruben Flores.

Ruben is currently out on bail, while Paul has remained in custody since his arrest in April 2021.