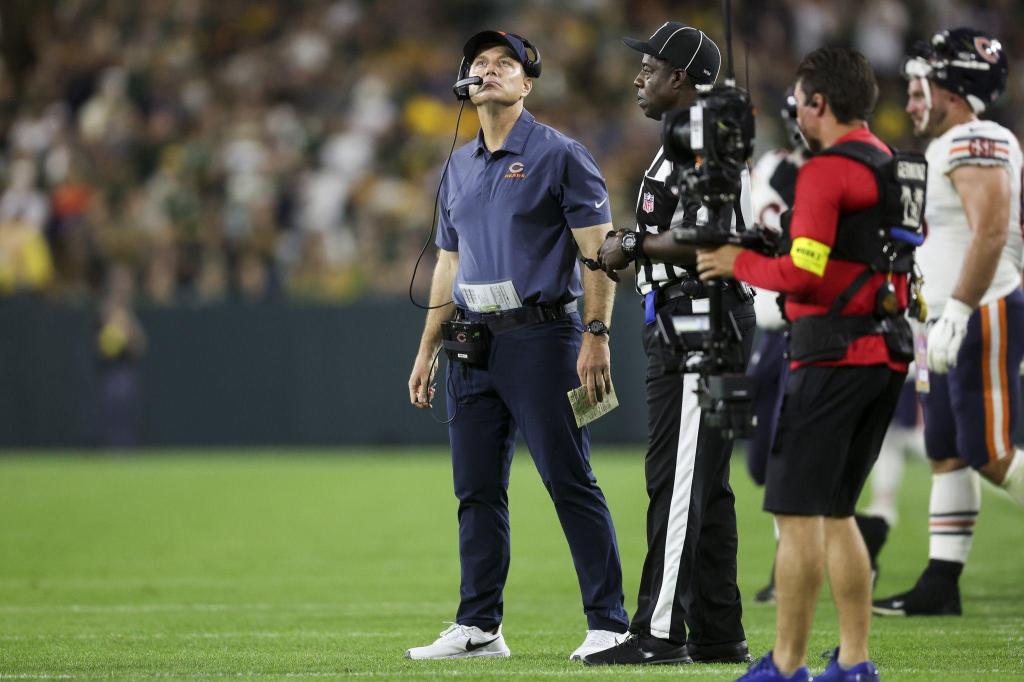 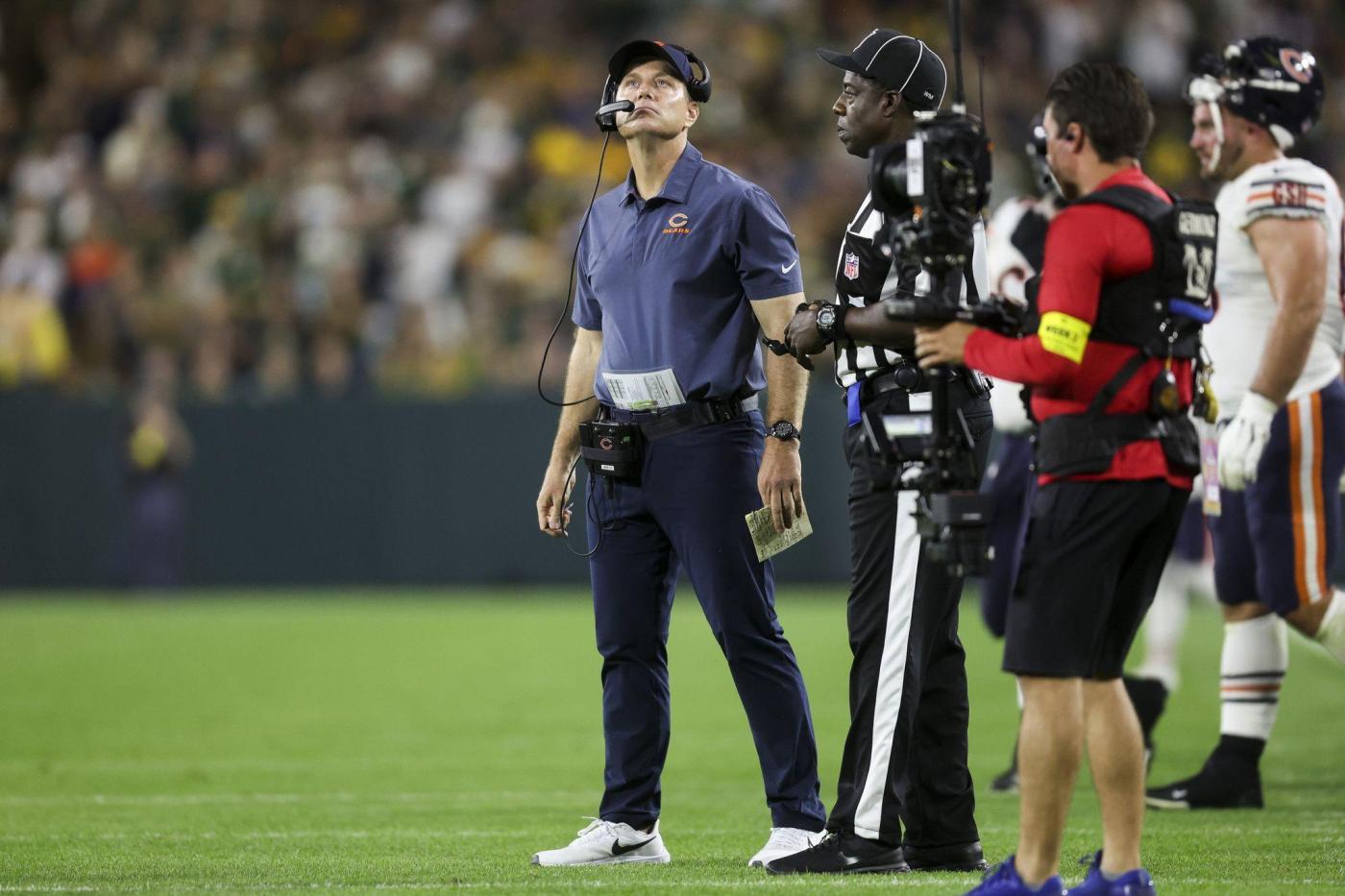 Did Fields think he crossed the goal line midway through the fourth quarter?

How much would it have changed the game if the officials agreed?

“It changes everything,” he said.

The Bears were trailing 24-10 with 8 minutes, 13 seconds left when they lined up inside the 1-yard line. Fields took a shotgun snap and surged forward behind a scrum of players that included right guard Lucas Patrick, tight end Cole Kmet and running back David Montgomery. Fields wriggled forward toward the line, but officials ruled he didn’t make it across.

Bears coach Matt Eberflus challenged the ruling, and the replay was shown over and over on the video board and TVs in the stadium. Ultimately, the call on the field stood, and the Packers went on to eat up more than five minutes before Mason Crosby’s 28-yard field goal made it a three-score game.

Any chance for a Bears rally petered out.

“I saw the replay up top and it looked like it was in, but there probably just wasn’t enough evidence to overturn it,” Kmet said. “Tough call there. I thought we were gaining momentum there at the end and it would have been a good position for a comeback.”

Beyond whether Fields made it across the goal line, the play call to line up in the shotgun formation when the Bears were inside the 1 will be examined thoroughly in the week ahead.

Eberflus and Bears players said they practiced the play all week and were comfortable with it being called.

“You outnumber the box,” Eberflus said. “So you’re using your quarterback as a runner. You’ve got an additional blocker, so you like your numbers in the box there. That’s why we called it. It was the best play we had right there at the time.”

Said Fields: “It’s us versus them. It’s just the trenches. It’s our O-line versus D-line and we’ll never know if I got in or not. But just a tribute to those guys for fighting on that.”

One play earlier, Fields was ruled to have scrambled for a 6-yard touchdown, but that replay showed his knee was down before he hit the pylon with the football.

That set up the critical play, one of many the Bears will examine in the days ahead, as left guard Cody Whitehair already was ready to do after the game.

“I could have helped ID it a little bit better with the noise and stuff,” Whitehair said. “I kind of left Braxton (Jones) out to dry over there, but we’ll get that corrected and it won’t happen again.”

The Bears needed a desperate comeback because their offense couldn’t get going after scoring a touchdown on its first drive.

The Bears came out in the second half intent on running the ball, sticking with it even as time began ticking down. David Montgomery racked up 122 yards on 15 carries — 8.1 yards per carry — and Khalil Herbert had four carries for 38 yards.

But Fields completed just 7 of 11 passes for 70 yards with no touchdowns and a late interception. He was sacked three times for a loss of 22 yards. Equanimeous St. Brown was the Bears’ leading receiver with two catches for 39 yards, and Darnell Mooney was the only other wide receiver with a catch for minus-4 yards.

“(Offensive coordinator Luke Getsy) said before the game that we were going to run it down their throats,” Fields said. “D-Mo, I don’t know what he ate today, but he was going crazy. O-line did a great job blocking and he did a great job running. My job isn’t to call the plays. My job is to execute the play that is given to me the best I can.”

It wasn’t nearly enough to match Aaron Rodgers and the Packers offense, which bounced back from a poor first outing in a loss to the Minnesota Vikings to put up 414 yards. Rodgers threw for 234 and two touchdowns, and Aaron Jones rushed for 132 yards and a touchdown.

Those numbers meant the Packers weren’t left examining the what-ifs of one play.

“We’ll let this sting for 24 hours and then get back to it tomorrow,” Kmet said. “Just move on and keep getting better every week.”