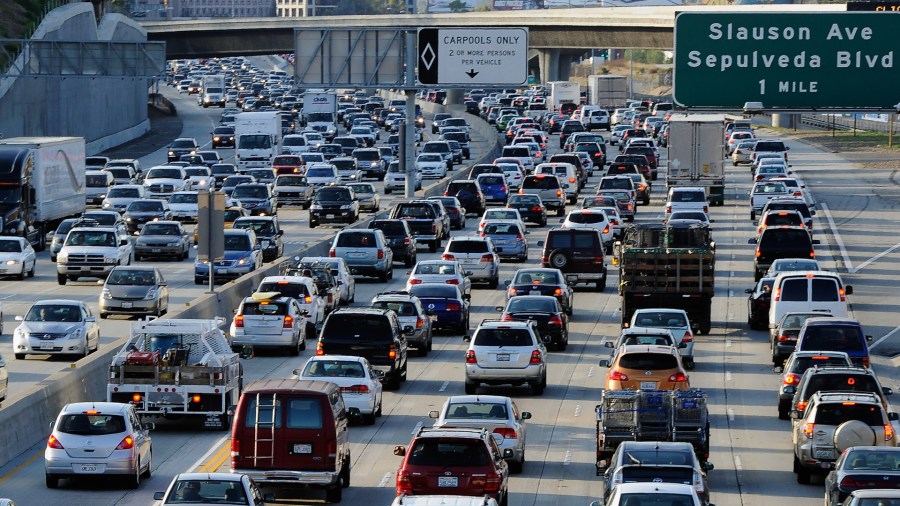 Despite soaring prices, nearly 3.3 million Southern Californians are expected to travel over the Fourth of July weekend, according to AAA.

This will be another travel increase for Independence Day, with this year expected to get the third highest travel volume for the holiday locally, behind 2019 and 2018, Automobile Club of Southern California officials said.

“Earlier this year we started seeing the demand for travel increase and it is not tapering off,” Auto Club spokesman Doug Shupe said. “People are ready for a break and despite things costing more, they are finding ways to still take that much needed vacation.”

Even with the high prices at the pump, the vast majority of travel will be by automobile.

About 2.7 million Southern Californians are expected to travel by car this Independence Day, according to AAA.

“Car travel volume, even with national average gas prices going over the $5 mark, will break previous records as 42 million opt to drive this Independence Day,” transportation analytics firm INRIX says. “Recent issues with air travel and ongoing concerns of cancelations and delays may be driving this increase. In fact, the share of people traveling by air will be the lowest since 2011.”

Worst times to hit the road:

Drivers should expect the longest travel delays heading into the holiday weekend, particularly during the afternoons on Thursday, June 30 and Friday, July 1 as work commuters mix with holiday travelers, according to INRIX.

In Southern California, the Auto Club recommends avoiding driving on Thursday, Friday and Saturday afternoons. Early mornings are generally the best time to travel during holiday weekends, according to AAA.

The busiest Southern California freeways on the Thursday and Friday before the holiday will be the 5 Freeway, the 10 Freeway, Interstate 405 and CA-57.

The 5 Freeway in Los Angeles will have one of the most congested corridors throughout the country ahead of Fourth of July.

The southbound I-5 between Colorado Street to Florence Avenue will be most congested Friday between 4:15 p.m. and 6:15 p.m. Traffic will be up by 147%, according to INRIX.

Nationwide, INRIX expects travel times to increase about 50% compared to normal, with drivers in major metro areas told to prepare for significant delays.

Top travel destinations for Southern Californians this holiday are expected to be:

Internationally, these are expected to be the top U.S. travel destinations for Fourth of July travelers:

As of Tuesday, the average price per gallon of regular gas in California was $6.38 — much higher than a year ago, when that number was $4.23.

With near-record gas prices persisting in Southern California and across the country, the Auto Club had these tips for holiday travelers looking to maximize fuel efficiency on road trips:

Drivers can also download the Auto Club or GasBuddy apps to search for nearby gas stations with the lowest prices.