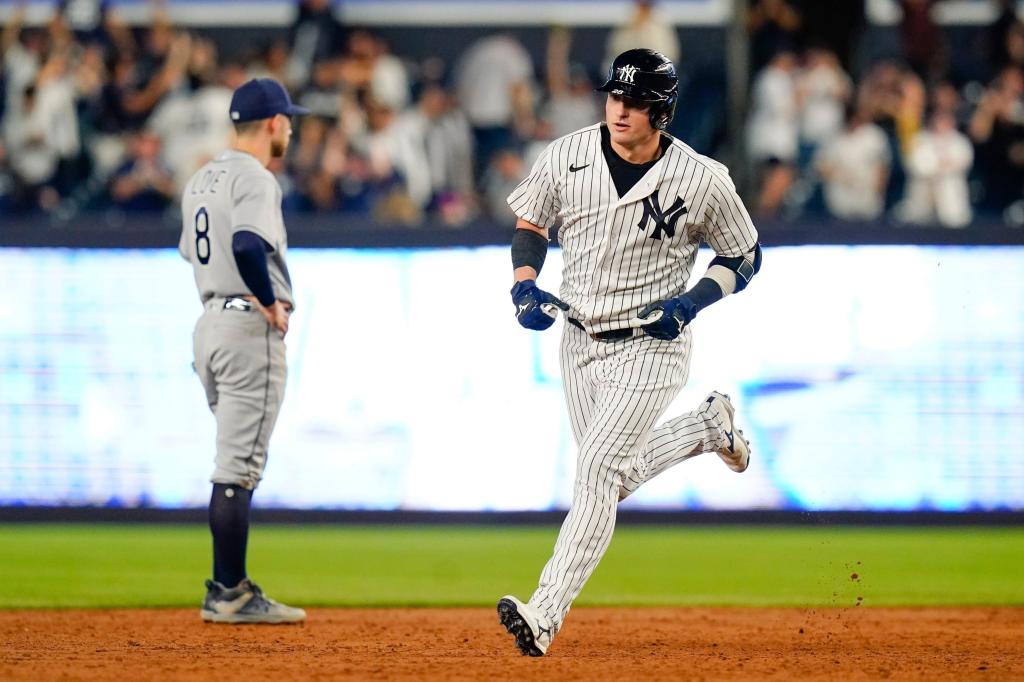 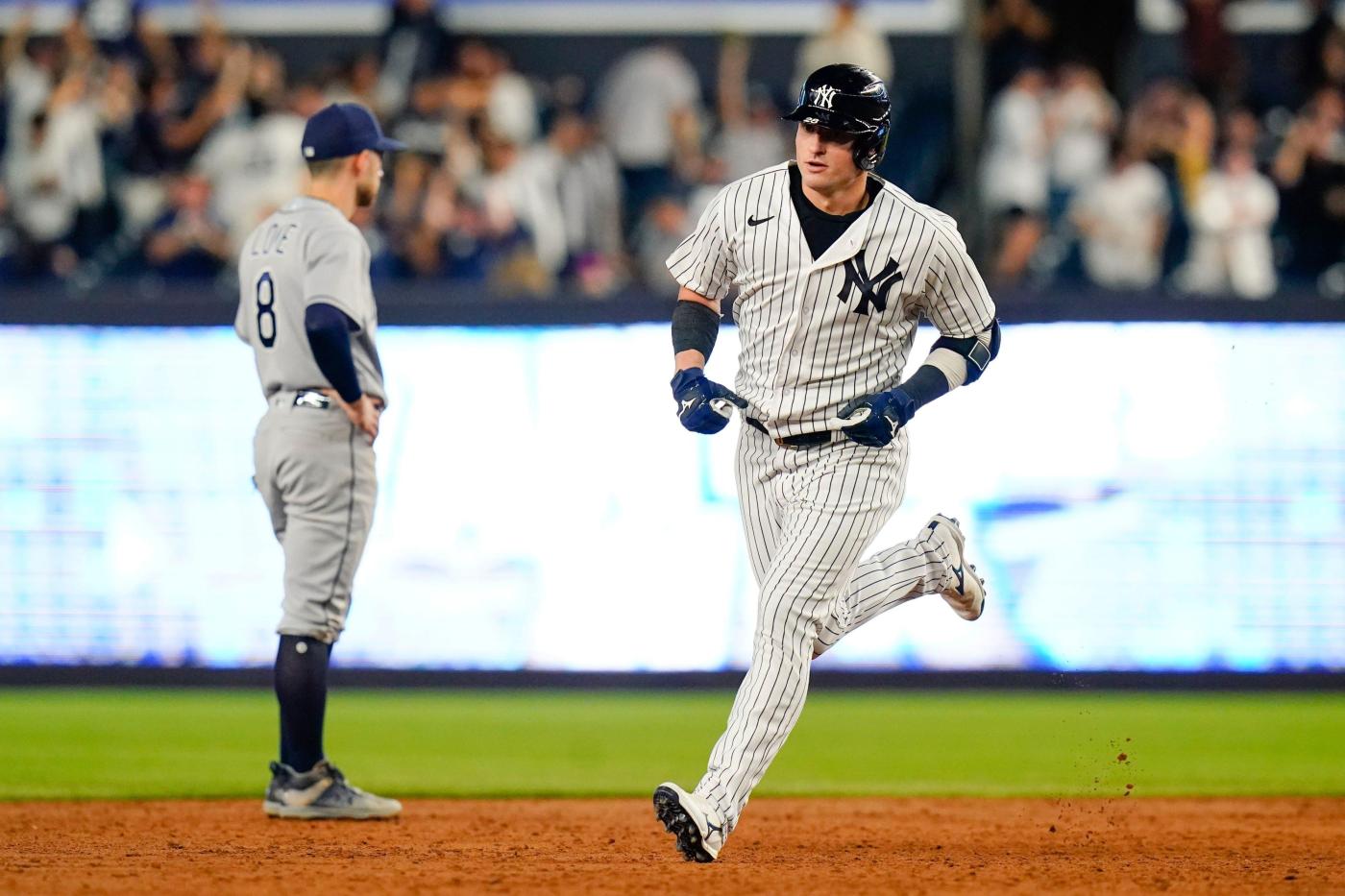 Josh Donaldson needed it. Aroldis Chapman and the Yankees needed it more. The struggling veteran infielder hammered a fastball with the bases loaded in the bottom of the 10th inning to give the Yankees an 8-7 win over the Rays at Yankee Stadium.

The Yankees snapped a three-game losing streak and won just their third game in their last 14. They are 9-17 since the All-Star break and 12-22 since reaching their high-water mark of 38 games above .500. They moved back to 10 games ahead of the Rays (62-54) in the American League East.

With Aaron Judge as the ghost runner, Gleyber Torres singled and Anthony Rizzo walked in the bottom of the 10th. Donaldson’s grand slam was just his third homer at the Stadium this season.

And it bailed out Chapman.

After Scott Effross got Harold Ramirez out to start the 10th, Chapman came in and walked back-to-back batters to load the bases with one out. He struck out Jose Siri and got ahead 0-2 against Francsico Mejia before he chipped a 101 mph fastball down the right field line for a three-run double.

Torres had snapped an 18-game homerless streak with a two-run shot off Corey Kluber in the bottom of the sixth. It was the Bombers first home run in three games.

After a rain delay of an hour and three minutes, Ron Marinaccio came out and ended the Rays’ threat in the top of the seventh and the Yankees came out to jump on Rays’ reliever Colin Poche. Jose Trevino led off with a single and DJ LeMahieu, pinch hitting for Estevan Florial, lined the first pitch he’s seen since Saturday into right field to put the tying run on base. Andrew Benintendi drew a walk and then Pete Fairbanks walked Aaron Judge on four pitches to cut the Rays’ lead to 4-3.

Torres, who had snapped an 18-game homerless streak with a two-run shot in the sixth, grounded into a double play to end the threat. It was the 11th inning-ending double play with the bases loaded for the Yankees this season.

Anthony Rizzo led off the eighth with his 28th home run of the season to tie the game.

Domingo German allowed three runs on five hits over 4.2 innings. He struck out six and walked one. Lucas Luetge gave up a solo homer to Harold Ramirez in the sixth. Ron Marinaccio, back after Clay Holmes went on the injured list, pitched 1.2 scoreless.

The Yankees have been looking for anything to spark them.

They made some roster changes that could inject some youthful energy in the room. They called up switch-hitting prospects Oswaldo Cabrera and Florial and then after moving Clay Holmes to the injured list, they brought back Marinaccio.

But Aaron Boone cautioned that it’s too much to put on the two youngsters to expect them to be the spark the Yankees have been missing for a month now.

“No one’s expecting or counting on them being the revelation that turns us around,” Boone said.

The key to winning games is that the Yankees need to get healthy. DJ LeMahieu said he expects to be in the starting lineup on Thursday. Giancarlo Stanton could be on a rehab assignment as soon as this weekend and back next week, Boone said.

It is also getting Rizzo, who is 3-for-27 since coming back after missing five games with back tightness, and Donaldson, who was 3 for his last 25 before the grand slam, back on track.

Bringing up Cabrera and Florial was like throwing a few quarters in a slot machine and seeing if they could at least change the narrative around the team.

With his parents in the stands, Cabrera went 0-for-4 with two strikeouts in his major league debut. Florial, the 24-year-old former top prospect who has power and speed, was making his 25th appearance in a big league game. He went 0-for-2 and made a tremendous catch at his shoe laces in the seventh before he was pinch hit for by LeMahieu.