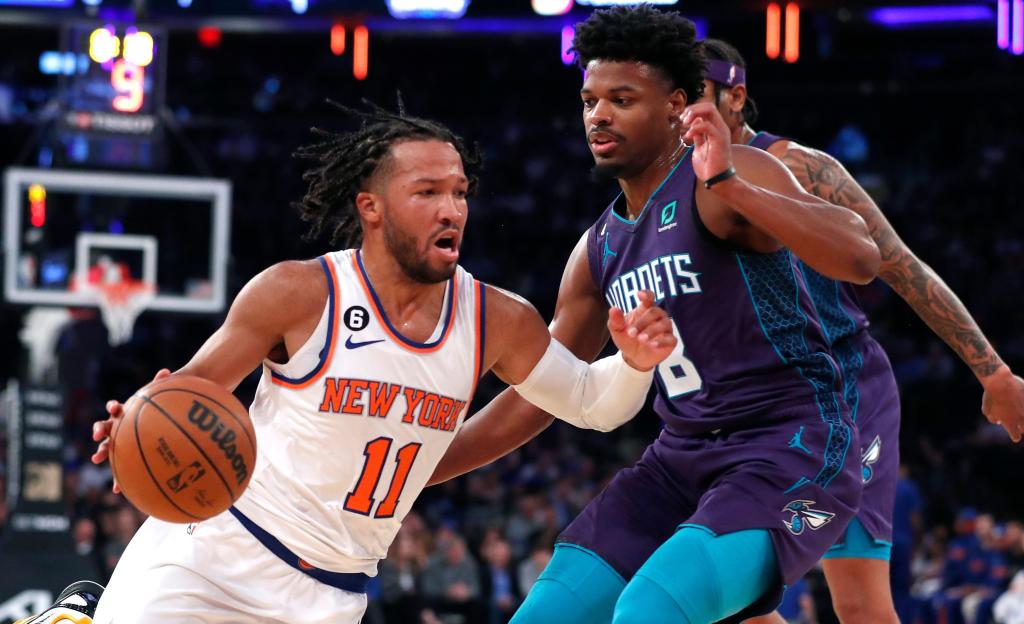 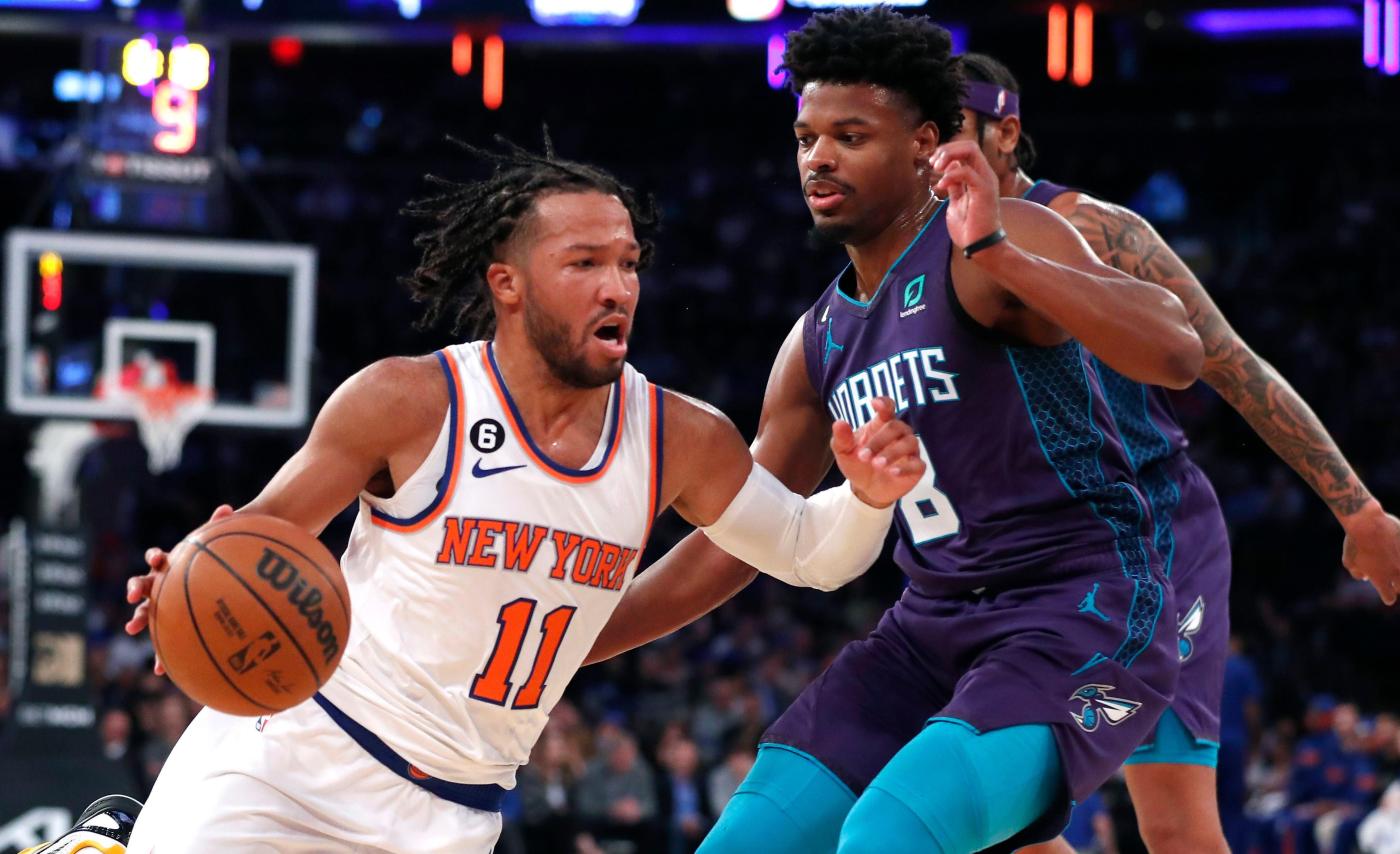 The Knicks won by the very tip of a sneaker sole.

With 5.5 seconds left in overtime and the Knicks winning by 3, P.J. Washington’s shot was ruled a 2-pointer because, by the slimmest of margins, his foot touched the 3-point line. Even the freeze-framed replay on the Jumbotron wasn’t conclusive, but Hornets coach Steve Clifford emerged for his postgame interview with a concession.

So instead of a tie game, the Knicks took a one-point advantage into the next possession and held on Wednesday to beat the Hornets, 134-131.

It was a rollercoaster until the end with Jalen Brunson serving as the hero for the Knicks and hearing his first chant at MSG.

Brunson, who is quickly establishing himself as the team leader and most reliable, took over when it mattered most and finished with 27 points with 13 assists with seven rebounds. The 13 assists was a career high.

Brunson scored or assisted on New York’s opening seven points in overtime. Then with 20 seconds left, Julius Randle drove for a lay-up that gave the Knicks a 3-point advantage.

“That’s who [Brunson] is. Whatever the game needs, that’s what he does,” Knicks coach Tom Thibodeau said.

The Knicks (3-1) have won three straight and start a daunting two-game road trip at Milwaukee on Friday and Cleveland on Sunday.

Barrett finished with 22 points in 39 minutes. Randle struggled with 17 points in 40 minutes on 7-for-19 shooting but finished two clutch buckets.

The end of regulation was also an adventure. The Hornets recovered from a 12-point deficit and held a five-point advantage with just over two minutes remaining.

Brunson and Randle hit big shots in the final 50 seconds, but Dennis Smith Jr., the former Knick, tied it on the next possession with a spinning lay-up.

Randle and Gordon Hayward missed potential go-ahead shots in the final 16 seconds. Hayward’s floater at the buzzer didn’t even hit the rim.

The 265 combined points would’ve never happened in the 90s at MSG, but both Thibodeau and Clifford have adapted to these fast-paced NBA times with high-powered offenses.

“Once you get branded as a coach, that’s how you’re viewed,” Clifford said. “He and I are both viewed as Van Gundy disciples. Look at over the years his teams offensive numbers, they’re raised every place he’s been. Everybody talks about the defense – he is a great defensive coach. He’s also a great offensive coach. And again, once you get labeled a certain way that’s how it works.”

This season, the Knicks have adopted an identity of winning with offense.

The Hornets (2-2), meanwhile, are among the pleasant surprises of the very early season. Their offseason was a disaster with Miles Bridges arrested on domestic violence charges, Kenny Atkinson refusing the head coaching job and LaMelo Ball spraining his ankle.

Clifford took the job as an emergency fill-in and had them competitive in the first two weeks. They came up a shoe tip short at MSG.