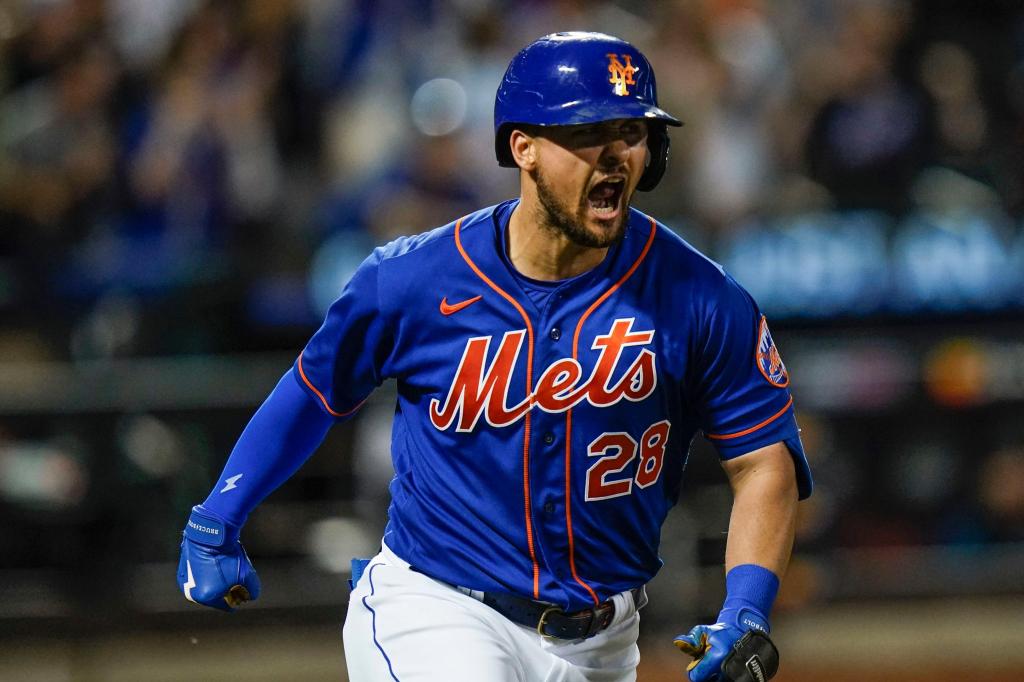 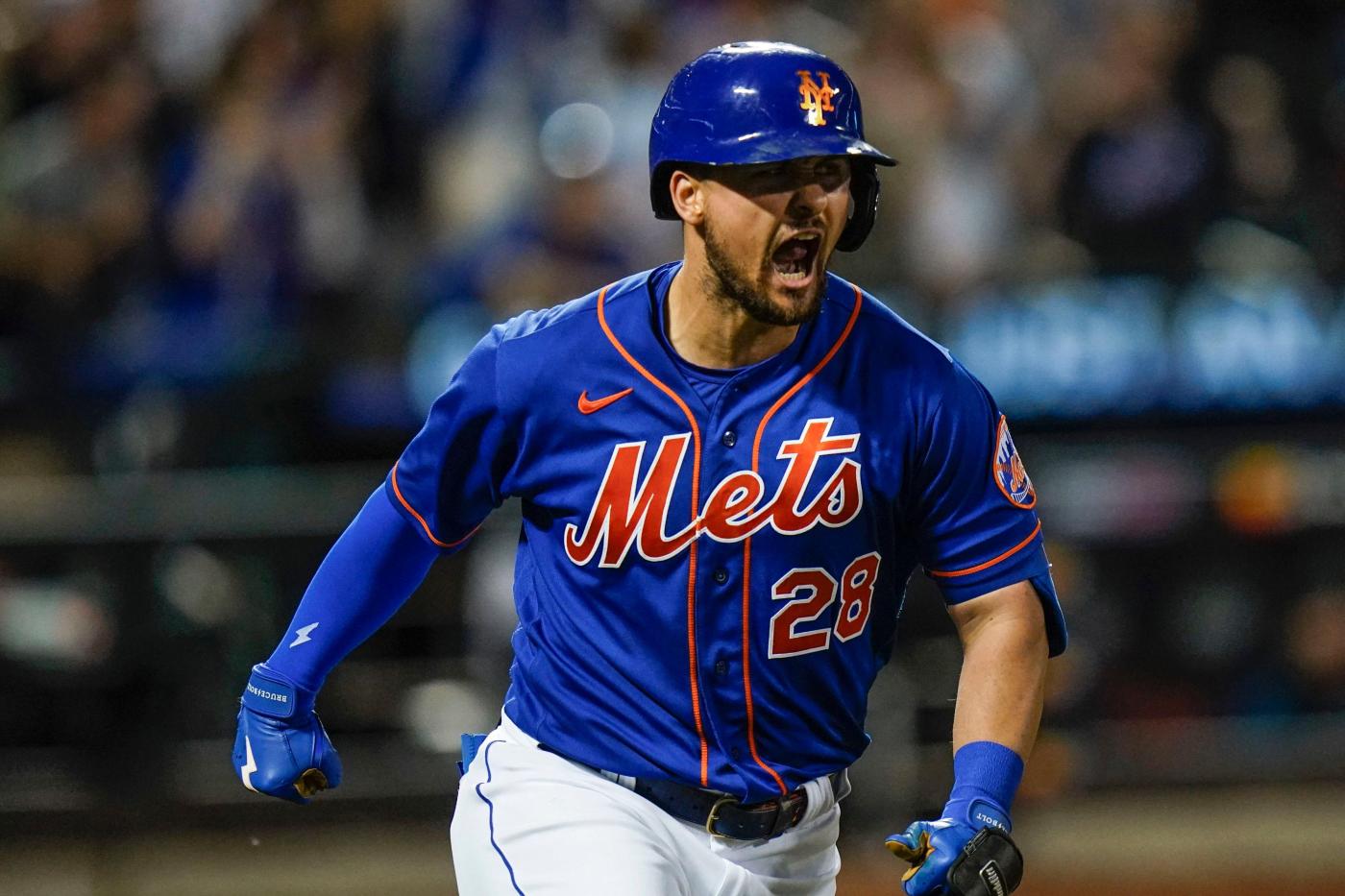 An overwhelming chunk of the optimism surrounding the Miami Marlins and their future is because of their young pitching. The Marlins have a bushel of pitchers that, if all goes according to plan, will help guide the team to regular postseason appearances.

Daniel Castano and Jimmy Yacabonis are not part of that group.

Castano and Yacabonis combined to give up eight earned runs in their five innings of work, giving the Mets most of the ingredients for a 10-0 win. Castano, the 27-year-old lefty who started the game, is several tiers below his teammates Sandy Alcantara, Pablo Lopez, Trevor Rogers, and the currently injured Jesus Luzardo, the arms that could turn the tides in Miami. The Mets swung at 45 pitches from Castano and only whiffed on six of them. His four-seam fastball and changeup did not produce a single swing and miss.

“I was so impressed with our advanced meeting today,” Buck Showalter said after the rout. “They were locked in. I came out of there and told [hitting coach Eric Chavez], ‘That was impressive.’ I was impressed by how ready the guys were to play today.”

Yacabonis allowed three hits in his one inning of relief: two singles and a J.D. Davis grand slam, which put the Amazin’s up by double digits in the bottom of the fifth. That, my friends, is how a team gets blown out.

As Castano and Yacabonis had a night they’d like to forget, Davis had one he’ll likely remember forever. The man who’s often involved in trade rumors, speculation over his playing time, and questions about his MLB acumen went 3-for-4 with five RBI and three runs scored. The grand slam was the first of his career, and as he watched the ball soar into the mass of screaming fans in left field, he let out a roar and fist pump that had to feel as good as smacking a ball 391 feet at 100 miles per hour.

“I’ve been in trade talks since 2015,” Davis responded when asked about the approaching trade deadline. “I’ve been there, done that. The best thing I can do is control what I can control, put together a professional at-bat every single time, and pass the baton. That’s all I can do.”

One thing the team cannot control is the schedule, which got them back from Cincinnati at an ungodly hour on Thursday morning. Showalter appreciated that it didn’t seem to affect Davis one bit.

“Most of these guys got to bed at four, five o’clock in the morning,” Showalter said after the game. “J.D. was out on the field hitting today. He never gives in.”

The Marlins’ quiet night at the plate was courtesy of Trevor Williams, who had by far his best day as a Met. He punched out seven Marlins while logging a season-high seven innings (his most since a 2020 start with the Pirates) and coasted through several portions of the game, needing only eight pitches to get through the fourth inning and nine to get through the fifth. Williams also had the benefit of leaving Cincy a day early. He and the team knew he wouldn’t be needed on Wednesday, which allowed him to watch the final out of that game from his bed and be the most well-rested Met before his Thursday start.

“I mean, rest is always better,” Williams laughed. “I was very appreciative of that. I took a flight back by myself. I got a good night’s rest last night.”

Williams, who’s been counted on more to eat innings than to be a dominant force on the mound, did both on Thursday. He induced weak contact all night — the Marlins’ average exit velocity on batted balls against him was 87.5 miles per hour, several ticks below the league average of 88.7 — and gave the bullpen a rest after three stressful games in Cincinnati.

James McCann and Brandon Nimmo also had great games for the Mets. They went 2-for-7 with four RBI, three of which came on McCann’s third homer of his trying, injury-riddled season. Nimmo was the one who got the ball rolling, flicking a double into right center field that plated the Mets’ first run. Nimmo added another highlight to his potential All-Star sizzle reel in the fifth inning. Ranging back on a Jesus Sanchez line drive, the Mets’ center fielder made a last-second lunge to snare the ball just before the warning track, drawing an ovation from the crowd and tip of Sanchez’s helmet.

“Perfect fly route and we hit him on the run,” Williams joked. “What he’s done this year, defensively, has been remarkable.”

“That’s as good a play as you’ll want to see a center fielder make,” Showalter commented.

Jake Reed, who was officially called up from Triple-A just hours before first pitch, finished things off with two tranquil innings. Facing a team that has historically played the role of Mets spoiler, with things starting to feel slightly less rosy than they did in the season’s first two months, the Mets banded together for an uninterrupted beatdown.

They can’t do it every night, but if reinforcements are made at the trade deadline, this feeling could permeate through Citi Field for most of the summer and maybe even into autumn.

“It felt great,” said Davis, who couldn’t remember ever hitting a grand slam at any level of pro ball. “Tonight was just a great night.”