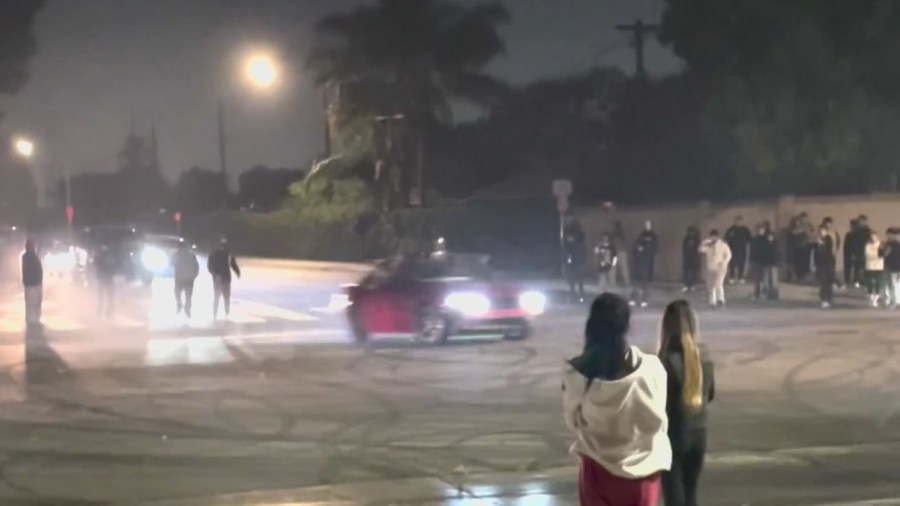 One person was seriously injured when he was struck by a driver fleeing a wild street takeover in Anaheim late Wednesday.

The incident occurred around 10 p.m. at the intersection of South Rio Vista Street and East South Street.

The Mustang fled the scene but the driver was stopped by authorities a short distance away.

Another driver who tried to leave as police arrived apparently struck a man who was standing in the street.

The victim was taken away in an ambulance after suffering what appeared to be serious injuries.

“They need to get a life and stop doing this stuff,” area resident Bret Walton said. “People are getting hurt and it’s not funny. It’s not a game.”

There was no word on whether the driver was taken into custody.

Local law enforcement agencies are on high alert for reckless behavior as over 4 million Southern Californians are expected to hit the road for Thanksgiving.

Last year, officials say 42 people were killed, including 16 pedestrians, in crashes during the holiday weekend.

“People and automobiles don’t mix together when they’re out of control,” Walton said.