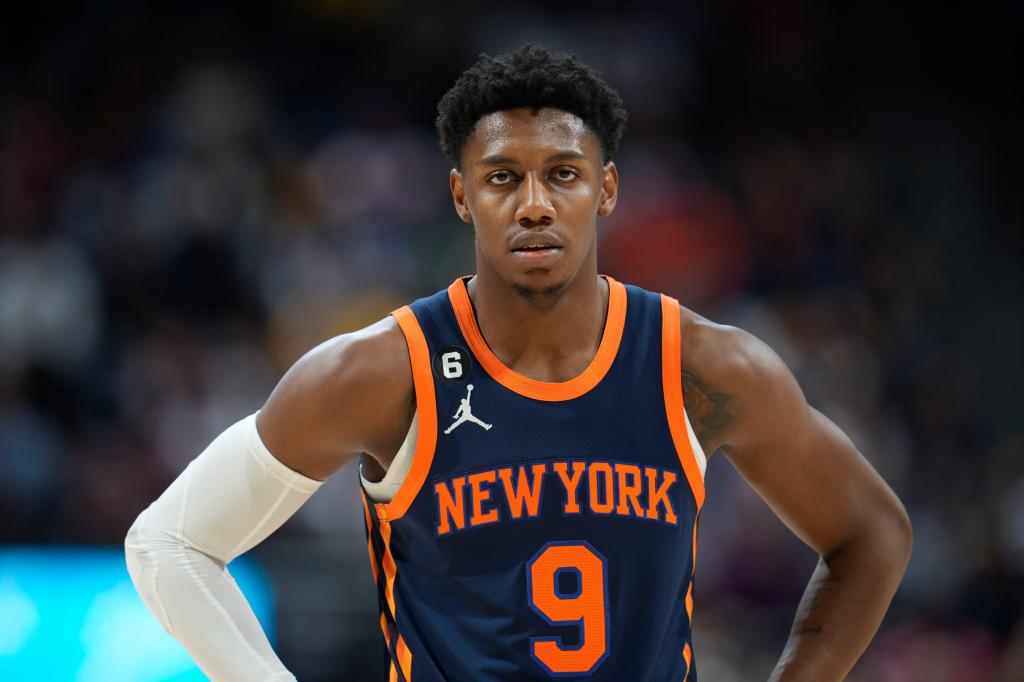 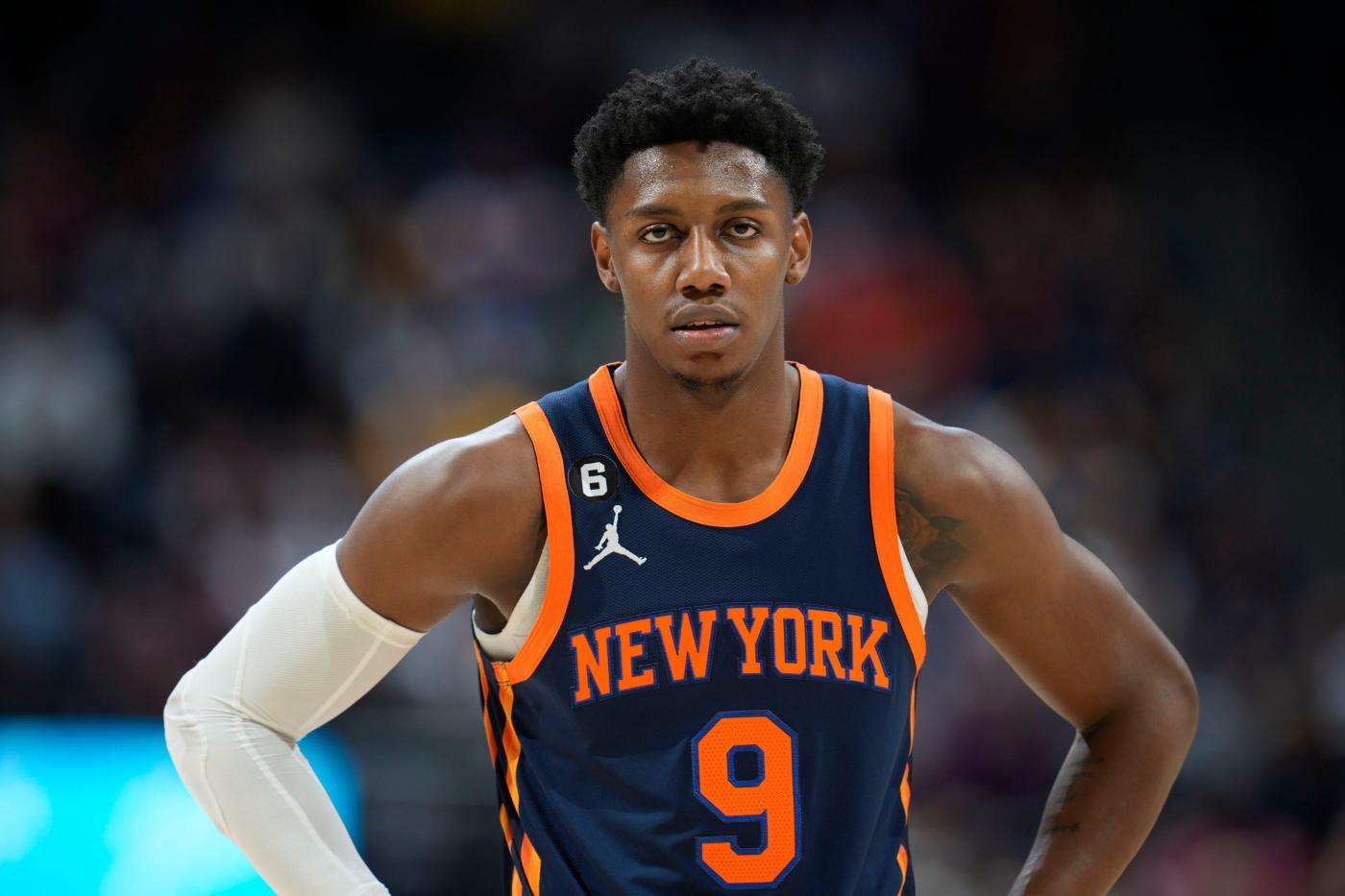 Still, the latest Knick to ink a nine-figure contract said Friday that he has no plans to decrease his volume of attempts. He also dared the opposition to keep leaving him wide open.

“It’s an easy bucket, in my opinion,” Barrett said, “so I’d rather them do that.”

Except, the numbers say it hasn’t been so easy.

Barrett entered Friday night’s game against the Warriors shooting just 40% overall and 25.6% from beyond the arc, well below the league averages. He missed 17 consecutive 3-pointers, with Wednesday night’s 0-for-9 performance in Denver still close in the rearview.

Whether contested or open, it didn’t make much of a difference. According to NBA.com, Barrett was shooting 25.6% on treys when no defender was closer than four feet. Of the 66 players who attempted at least 72 3-point attempts before Friday, Barrett had the lowest shooting percentage. Of the top 107 players in 3-point attempts, only LeBron James was less efficient.

Efficiency has represented Barrett’s shortcoming since he entered the league, and he responded to each slump with no shortage of confidence.

“The shot is wide open, I’m going to shoot it,” Barrett said. “I don’t have a conscience that way. I’m comfortable. I work too hard on my game.”

Tom Thibodeau isn’t trying to reel in his small forward, noting that Barrett, who signed a four-year, $107 million extension in the summer, previously struggled out of the gate.

Still, it’s worth noting that Barrett also shot poorly in March and April of last season.

An optimist could point to Barrett’s illness negatively impacting his previous two games. He has a virus — “a cold, a really bad cough,” he said — which may have sapped his energy.

After all, an illness last season also coincided with a stretch of poor shooting from Barrett. But the low averages are hardly fluky.

With the exception of the pandemic season, Barrett hasn’t shot above 41% overall. His reputation took a little bit of a hit in the offseason when the Utah Jazz prioritized other players in trade talks involving Donovan Mitchell, eventually turning away a Barrett package for a deal with the Cavaliers.

“I don’t care about it — I don’t want to say I don’t care about it. Sometimes, in basketball it happens,” Barrett said of his recent shooting woes. “No one is perfect. Just continue to get in the gym. Try to groove your shot. That’s all you can really do.”

In the past, coach Tom Thibodeau has claimed Barrett needs only to practice more to achieve a shooting rhythm. Barrett said Friday he hasn’t altered his routine since “consistency is key.”

What also hasn’t changed is the green light.

“If a team is going to leave me wide open, or if I have an open shot, I’m going to shoot it,” Barrett said.

Knicks center Mitchell Robinson, who has been out with a sprained knee for the last two weeks, joined the Knicks on the road trip but wasn’t available for Friday’s game.

Robinson participated in the morning shootaround, which was a positive sign for an imminent return.

The Knicks finish the road trip at Phoenix on Sunday and OKC and Monday.

“He was on the court (practicing) back in New York and then we just felt like, OK, as he gets closer, then he’ll join us,” Thibodeau said. “And he did. So, he feels good and that’s a good thing.”

When Robinson returns, there’s a potential logjam with center Jericho Sims playing well in his absence.

“It’s always good to have depth,” Thibodeau said. “We’ll cross that bridge when we get there.”

Immanuel Quickley has been the subject of recent trade rumors, with The Athletic reporting Friday the Knicks have been willing negotiators.

It’s no secret Quickley fancies himself in a larger role, which will be harder to find in New York with Jalen Brunson and Barrett eating up heavy minutes. Quickley, drafted 25th by the Knicks in 2020, is up for a contract extension in the summer.

Despite shooting just 38% before Friday, Quickley had been playing more lately with five straight games of at least 20 minutes.

“I don’t really get into that kind of stuff,” Quickley said about the trade rumors. “I’m just focused on the road trip, taking it one day at a time. That stuff works itself out just like the basketball works itself out.”