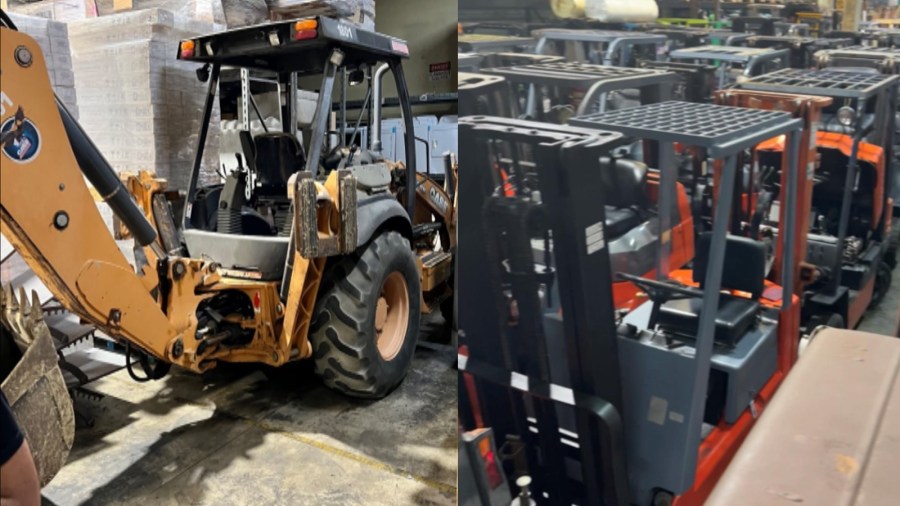 Police are trying to reunite more than 120 stolen forklifts with their rightful owners.

On Aug. 24, detectives with the Inglewood Police Department were investigating the theft of two forklifts when they served a search warrant on a warehouse in the City of Commerce, police said.

Inside they discovered over 120 forklifts and other industrial machinery that were apparently being housed for resale.

“It is believed that all of the equipment was stolen because warehouse employees were stripping ID numbers and repainting the equipment,” the department said in a news release.

Police did not say if anyone had been arrested in connection with the thefts.

Used forklifts can cost anywhere from $1,000 to more than $10,000 based on their weight capacity, fuel type, and other factors.

Potential victims were asked to call the Inglewood Police Detective Bureau at 310-412-5240. Similar thefts can include any items used for construction, including lighting equipment, police said.