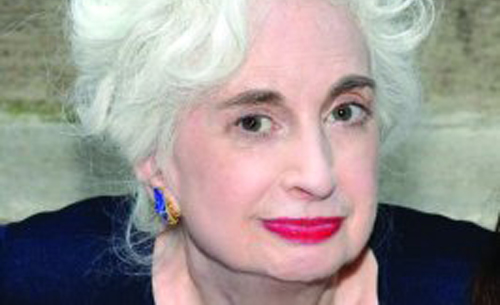 DEAR MISS MANNERS: I am a lawyer of some age, having had a license for more than 40 years. I often have to address written communications to female colleagues.

When I began practicing, it was observed that the title “Esq.” was exclusively for male lawyers, no females having been squires. In letters, females were addressed as “Atty.”

Those who inquired were told that the female version of “Esq.” was “Good Wife.”

Now, my habit of referring to women as “Atty.” has come under fire, notably when I upbraided a woman for listing herself with the honorific “Esq.”

The dictionaries now state that it is a unisex term. I’m not so sure. What does Miss Manners think about using the term “Esq.” after a woman lawyer’s name?

GENTLE READER: That it is no sillier than using it after the names of male lawyers. You aren’t squires, either — hereditary country landowners or medieval attendants on knights.

Presumably, the custom of using this was adopted to assert that lawyers were gentlemen, as they were not always thought to be among those who rated gentlemanliness by birth. But it has always struck Miss Manners as odd in a country where we never thought an honest, working professional needed to proclaim “gentle” status.

Why you would want to provoke your colleagues by upbraiding them and suggesting the obsolete term “Good Wife” (which referred to a manager, such as a landlady), Miss Manners cannot imagine. If she were your lawyer, she would advise you to stop this right now, before you get into serious trouble.

DEAR MISS MANNERS: My 36-year-old stepdaughter sent me a large, glossy postcard featuring her and her new boyfriend grinning into the camera while on vacation — as a condolence card for the death of my younger brother.

On the back of the postcard, she wrote that she was “thinking about” me. She never mentioned my brother’s name, the fact that he died tragically and far too young, or that he left small children.

Seven years ago, her then-boyfriend drowned. I traveled to be with her, and devoted a great deal of love and emotional energy to her healing.

I am hurt and angry at her behavior. Please help me navigate this with honesty. I want her to know I am hurt, I want to be clear about why, and then I want to get on with things.

What I very much don’t want is to deny my hurt because if I do, it will come out in ways that are not healthy when I am around her. (This does not happen too often, since she lives on the other side of the country.)

GENTLE READER: What are the chances of your teaching manners, let alone compassion, to your grown-up, out-of-town stepdaughter?

And what are the chances of her turning defensive and further infuriating you by saying that you are too sensitive?

Miss Manners believes that you should let this one go. No good will come from your initiating such a conversation.

But you will not be able to help being cool with the offender when you see her, and perhaps she will be sensitive enough (sensitivity not being a bad quality to have) to inquire why.

In that case, you could say quietly, “I had hoped for more sympathy from you when my brother died.”