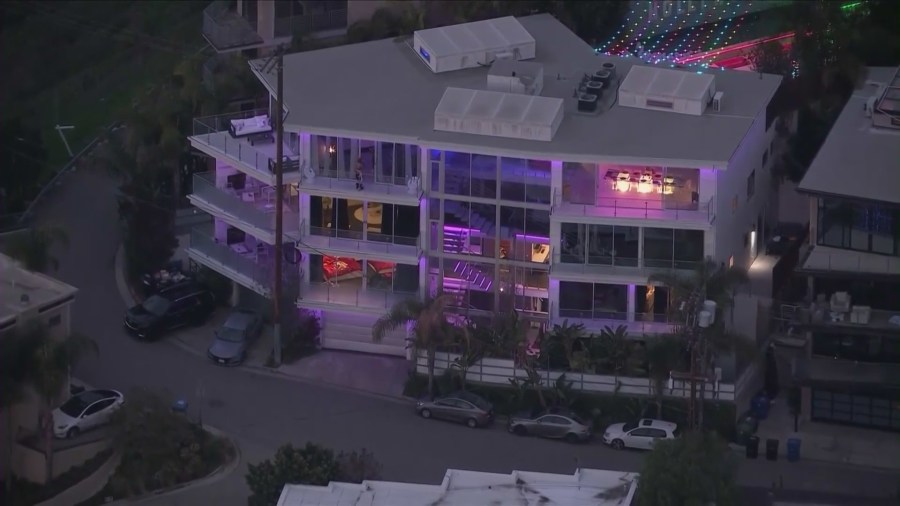 A group of social media influencers who lived in a Hollywood Hills home known as “The Hype House” allegedly left significant damage to the home and the owner is now asking for some big bucks in return.

If you have TikTok, you might already be familiar with The Hype House, a group of influencers who rent big, expensive homes, live together and create videos.

The group rented this massive 10 bedroom, 16-bathroom home on Weidlake Drive in the Hollywood Hills for $50,000 a month.

A total of eight influencers rented the home including Cole “Lil Huddy” Hudson, Mia Hayward, Calvin Goldby and Patrick Huston, but Fitzgerald says that cofounder Thomas Petrou was the leader of the pack.

In a lawsuit, the landlord claims the group damaged expensive tiles in the skateboards, damaged the jacuzzi and left extensive water and roof damage as well.

“I didn’t film these damages,” Fitzgerald told KTLA. “They actually put these damages on YouTube. It says in their lease no fireworks allowed, no pyrotechnics in the house.”

He says his former tenants agreed to pay him $10,000 a month over 40 months for the damage and for moving out of the house five months early. However, since they left in January 2021, Fitzgerald says the group has only paid $2,500 a month.

“They’re young,” Fitzgerald said. “They think, ‘Oh, you don’t have to pay, and you can make up your own rules,’ but they have to understand what they signed. They signed a court document, and you have to live up to it.”

The group’s former landlord says that despite the lawsuit, he likes the influencers.

“They’re nice people,” he said. “We just want Thomas to pay the bill. Thomas is the boss, you know, and he has the money, or if you get the other people to pay it, that’ll be great too.”

Believe it or not, the experience with The Hype House has not stopped Fitgerald from renting to social media starlets.

Sky5 was over the Weidlake Drive residence Thursday evening and it appears new tenants have moved in, a new influencer group called Selfiepop.

“That’s the problem, because they all have the money, man,” Fitzgerald said, “and these homes are so fitting for them. So, we try to tie them up more on the lease and Selfiepop is doing a great job.”

KTLA reached out to the influencers from The Hype House for comment and have not heard back. The group has since moved into a new Hype House where they filmed their Netflix show, which debuted last year, called – you guessed it – “The Hype House.”